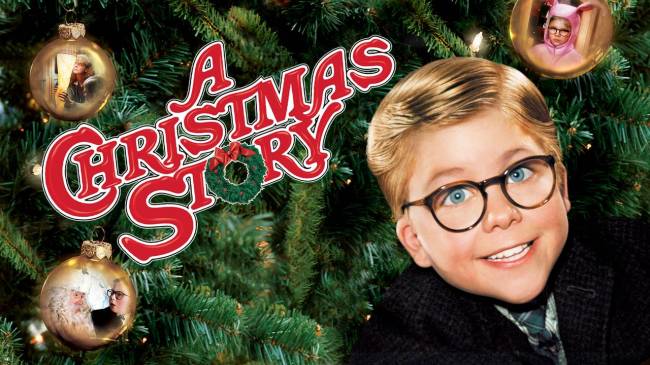 While the holiday season may be over for most people, Christmas never sleeps in Hollywood, as Warner Bros. announced on Thursday night that a sequel to the beloved film A Christmas Story is in the works.

While the original movie followed Ralphie, a nine-year old boy who desperately wanted a Red Ryder BB rifle and was set in 1940, the new story will take place in the 1970s and sees an adult Ralphie return to his house on Cleveland Street to deliver his kids a magical Christmas like the one he had growing up.

The studio is hoping to recreate the same real-life tone of the first movie to show the now-father reconnect with childhood friends, reconcile the passing of his Old Man, and callbacks to the initial film. [via The Hollywood Reporter]

Following the announcement, movie fans took to Twitter to react to reports that one of the most beloved modern Christmas movies is getting a follow-up:

Technically, this will be the third sequel to A Christmas Story. There are multiple timelines you see. A Ralphie-Verse if you will. pic.twitter.com/a8POKPpAxg

Watching ‘A Christmas Story’ is an annual holiday tradition in my house and even I don’t want this. https://t.co/HZmuPBK5PD

Oh this warms my heart. Like a lot. A Christmas Story will never fully & completely be A Christmas Story without Bob Clark & Jean Shepherd but bringing Peter Billingsley back is a damn fine start. Love this approach and I've been hoping for exactly this for a long time. https://t.co/CkqCfDk56w

“When unforeseen events trigger the suppressed memory of a public humiliation, A reformed bully snaps, gets a gun and returns to his hometown to settle an old score.”

This is A CHRISTMAS STORY 2 erasure and…that’s fine. https://t.co/LOssCknB1o pic.twitter.com/ktWPGzrQOr

Wasn’t there already A Christmas Story 2 and it was a fail?! 😶

IDK why this is necessary.. but OG Ralphie will be in it?! 🤔 pic.twitter.com/iGG410qFfW

HBO Max subscribers when they're forced to only watch A Christmas Story 2 on Christmas pic.twitter.com/a0NgTqkx0p

"They did a remake in 2012 and that was trash." @brookbanktv on A Christmas Story 😂

for the people keeping track at home this will be the third consecutive christmas story sequel that ignores previous sequels https://t.co/GiSEq7lmPs

I dare you to find a movie with more direct sequels than A Christmas Story. pic.twitter.com/SrlqnX6JTL

A Christmas Story works as a stand-alone movie. It doesn't need a sequel. It got sequels, they sucked. Idc if the original actor is coming back, it doesn't guarantee quality https://t.co/uzx3LtkRQy

While a release date has not been confirmed, given that production is set to begin in February, there’s a chance that A Christmas Story Christmas is ready to release for the 2022 holiday season.