A ‘National Treasure’ Series Is In The Works At Disney+ 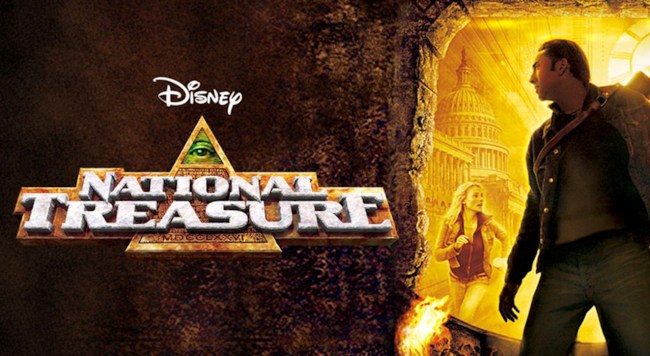 Ever since the launch of Disney+, there have been seemingly endless whispers about some sort of National Treasure spin-off. Those rumors have finally been confirmed, as Deadline is reporting that National Treasure will be returning as a TV series.

However, while the original writers and producers will return for the project, franchise director Jon Turteltaub and star Nicolas Cage will not. Instead, this 10-episode reimagining will feature a Latina lead — she’s yet to be cast — and will be directed by Mira Nair.

Written by the Wibberleys and to be directed by Mira Nair (Vanity Fair), the series explores the timely issues of identity, community, historical authorship and patriotism, told from the point of view of Jess Morales, a twenty-year-old DREAMer who, with her diverse group of friends, sets off on the adventure of a lifetime to uncover her mysterious family history and recover lost treasure.

Given where Cage’s career has strayed in the 14 years since National Treasure: Book of Secrets hit theaters, you can certainly understand why Disney perhaps didn’t ask Cage to reprise his role as Benjamin Franklin Gates. Utterly painful, but understandable. Fingers crossed for a cameo, though.

Our Lord and savior Nicky C. is doing just fine these days anyway (well, relatively): later this year he’ll be starring in The Unbearable Weight of Massive Talent alongside Pedro Pascal, which is a movie that will see the Academy Award winner *playing himself* and re-enacting some of his movie famous roles.

At this time, it is unclear when the National Treasure series will release. National Treasure is just one of many live-action series in the works at Disney+. The Mighty Ducks: Game Changers will premiere on Friday, March 26, while Turner & Hooch, a Beauty and the Beast spin-off, and the various Marvel Cinematic Univers and Star Wars shows are also in the works.