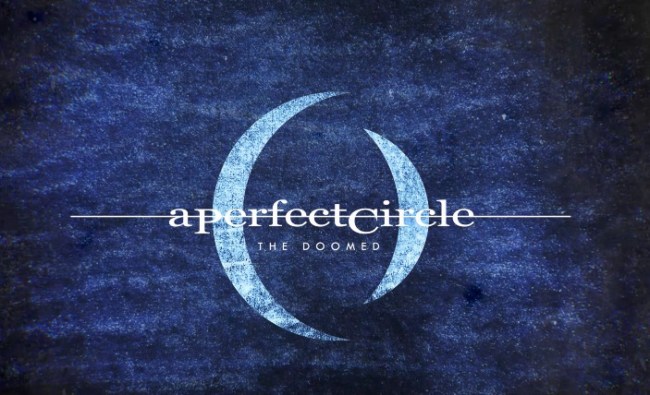 It’s been 14 years since A Perfect Circle has released any new music. A Perfect Circle is a Hard Rock supergroup whose core is made up of Tool vocalist Maynard James Keenan and guitarist Billy Howerdel along with Jeff Friedl, Matt McJunkins, and James Iha. There are some famous former members but I don’t want to waste your time by listing out every single artist.

A Perfect Circle is all set to head out on a Fall tour that kicks off Saturday night at the Aftershock Festival in Sacramento and they’ll be on tour for 29 shows running through December 4th in Eugene, Oregon. Ahead of the tour, A Perfect Circle has released ‘The Doomed’, their first new song since they released eMOTIVe. A new album is expected to drop next year and ‘The Doomed’ is presumably going to be on that album. Here it is in all its glory:

A Perfect Circle’s frontman Maynard James Keenan released a statement about why the band chose to release their first new song in 14 years just days ahead of their Fall tour:

“Fourteen years have passed since we released eMOTIVe. A new release is long overdue. In light of this current difficult and polarized social, spiritual and political climate, we artist types need to open our big mouths and share the light a little louder.” (via)

I haven’t listened to A Perfect Circle in years but I was a fan back in the day. Unfortunately for me, I live down in Florida and the closest the band is touring to my home state is a concert in Knoxville, Tennessee. I don’t really get why a band would choose to ignore Florida while touring in October/November/December when the weather’s perfect but I guess A Perfect Circle is more of an Arena Rock Band than an Amphitheater Rock Band.

You can see a full list of A Perfect Circle’s Fall Tour dates over on Consequence of Sound.