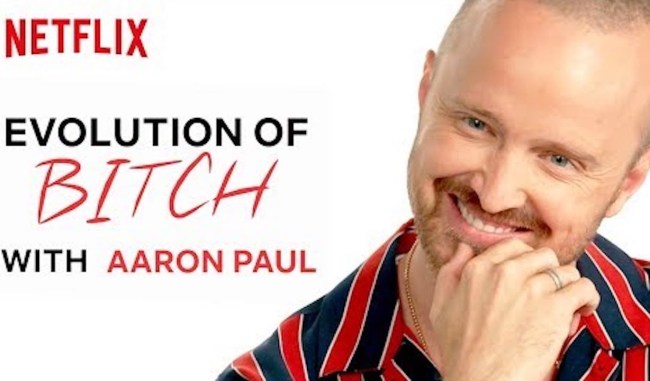 No matter who you are or where you grew up, you likely have a couple of phrases or sayings you’re generally associated with.

For example: for as long as I can remember, I’ve been calling people ‘slick’. Why? Because I once heard Tommy Lee Jones say it in Men In Black and I thought it was a cool way to address people, so it stuck with me.

This phenomenon is more common in popular culture, as various iconic television and movie characters throughout the years have become synonymous with their catchphrases.

There’s “how you doin’?” in Friends and there’s “I’ll be back” in The Terminator. There’s “You got it dude” in Full House and there’s “That’s what she said” from The Office. And, of course, there’s “BITCH” from Breaking Bad.

Less of a catchphrase and more a means of emotional expression, beloved stoner meth-head Jesse Pinkman uttered the phrase 54 times throughout the course of Breaking Bad, with a 55th coming in El Camino.

But while every instance of Jesse Pinkman yelling “bitch” was a treat, there were some instances that were more memorable and iconic than others.

That’s where Aaron Paul comes in, as he recently sat down with Netflix to discuss and break down some of Jesse Pinkman’s most legendary “bitch” moments throughout the history of Breaking Bad.

After watching the video, you really get a sense of how truly great of an actor Paul is, as he was able to fashion this one word into multiple different expressions of various emotions — from triumph to frustration to utter desperation.