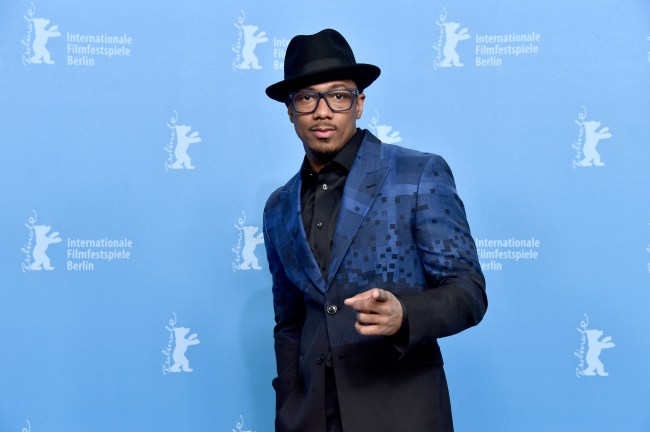 Actor/comedian Nick Cannon has found himself in hot water for some recent comments he made about race. On his YouTube show, Cannon interviewed controversial rap figure Richard “Professor Griff” Griffin, who had once been kicked out of the group Public Enemy for making anti-semitic remarks.

During the episode, Cannon repeatedly references several anti-semitic conspiracy theories about Jewish people controlling “everything” including the banks.

“It’s never hate speech, you can’t be anti-Semitic when we are the Semitic people,” Cannon said. When we are the same people who they want to be. That’s our birthright.” Cannon continued, “We are the true Hebrews.”

Cannon repeatedly references conspiracy theories about Jewish power, speaking about “going as deep as the Rothschilds, centralized banking, the 13 families, the bloodlines that control everything even outside of America.” Later in the episode Cannon also laments “giving too much power to the ‘they.’ And then the ‘they’ turns into illuminati, the Zionists, the Rothschilds.”

Later in the video Cannon could be seen talking about why white people were turned into “savages” because of their lack of melanin and how they are the ones who are actually “closer to animals”.

“Melanin comes with compassion. Melanin comes with soul, that we call it soul, we soul brothers and sisters, that’s the melanin that connects us so the people that don’t have it, are, and I’m going to say this carefully, are a little less and where the term actually comes from, and I’m going to bring it back around to Minister Farrakhan, where they may not have the compassion.”

“The people that don’t have [melanin] are a little less. They may not have had the compassion when they were sent to the mountains of Caucasus when they didn’t have the power of the sun. The sun then started to deteriorate them so then, they’re acting out of fear, they’re acting out of low self-esteem, they’re acting out of a deficiency. So, therefore, the only way that they can act is evil. They have to rob, steal, rape, kill in order to survive. So then, these people that didn’t have what we have — and when I say we, I speak of the melanated people — they had to be savages. They had to be barbaric because they’re in these Nordic mountains. They’re acting as animals so they’re the ones that are actually closer to animals. They’re the ones that are actually the true savages.”

After receiving plenty of backlash from social media, Cannon took to Facebook to say that he “had no hate in his heart” and was just trying to educate people.

Update: Cannon has been fired by ViacomCBS for refusing to apologize for his anti-semitic remarks.