The Reviews For ‘Ad Astra’ Are In And, Shockingly, It Turns Out That Brad Pitt Is The F*cking Man 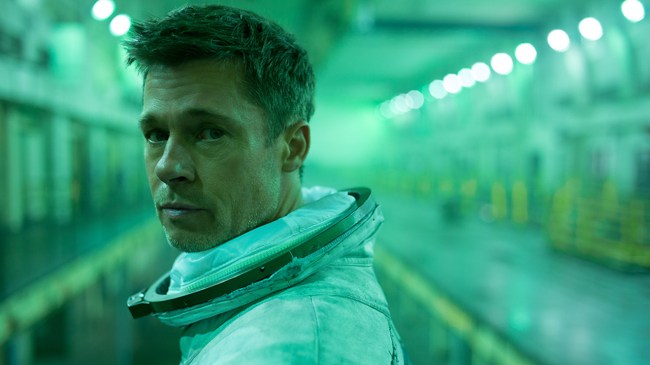 Is it possible for one of the biggest movie stars of the last quarter-century to have a renaissance?

That’s not to say that Brad Pitt went anywhere — he always been Brad Pitt — but following his hopefully Academy Award-winning turn in Once Upon A Time In Hollywood, all of the entertainment industry talking heads seem to be remembering that, oh yeah, Brad Pitt’s a fucking movie star of the highest order.

Think about it, the dude co-starred with Leonardo DiCaprio — perhaps the world’s biggest movie star — and made Once Upon A Time In Hollywood *his* movie. There are few actors on this planet with that sort of magnetism, and as we’ve known since the early 90s, Pitt has that in spades.

SO, it should come as absolutely no surprise to anyone that the reviews for his next film — the space epic Ad Astra — are in, and once again, it’s his performance that’s being praised.

In their 4-Star review, The Independent says that Pitt’s performance in the film is one of his “finest and most restrained” performances.

The positive reviews go on and on, as Ad Astra — which was directed by James Gray (The Lost City of Z) — currently sits at a 92% critics score on Rotten Tomatoes, proving that, while the species of the traditional movie star may be close to extinct, the likes of Brad Pitt are still as excellent as ever.

‘Ad Astra’ will be released in theaters in the United States on Friday, September 20.