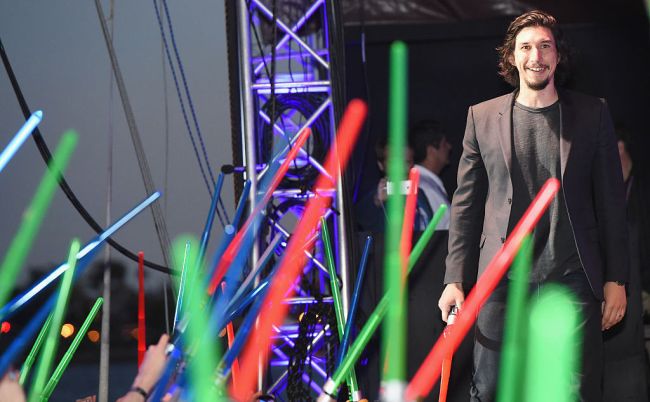 While my livelihood is largegly dependent on the comic book movie community, I am very much *not* a Comic-Con guy. First and foremost, I’m not crazy about large amebous crowds. Being at a concert or a sporting event where mostly everyone has assigned seating is one thing — that I can handle. When a crowd can take any shape or form it wants, though, that’s when I get a bit freaked out. And beyond that, I just don’t see the point of piling into a convention center when virtually everything that’s said or shown makes its way onto the internet that same day.

As it turns out, I’m not alone in my disinterest in comic-cons, as Adam Driver — who famously starred as Kylo Ren in the Star Wars sequels — detailed his horrifying experience at his first and only Comic-Con and revealed that he’s “not anxious” to return.

“I opened my window, because I’d been in the room for 24 hours before this thing we were supposed to do,” Driver continued, “and then there was a band at the bottom of the building playing the ‘Star Wars’ theme on repeat, because we [the cast] were all staying in the hotel. It was scary…I saw what it was. I mean, it’s nice. [But] I’m not anxious to go again.” [via The Graham Norton Show]

Driver’s latest film House of Gucci certainly won’t stir up the fanfare that Star Wars does, so Driver doesn’t have to worry about crazed convention crowds this Fall.