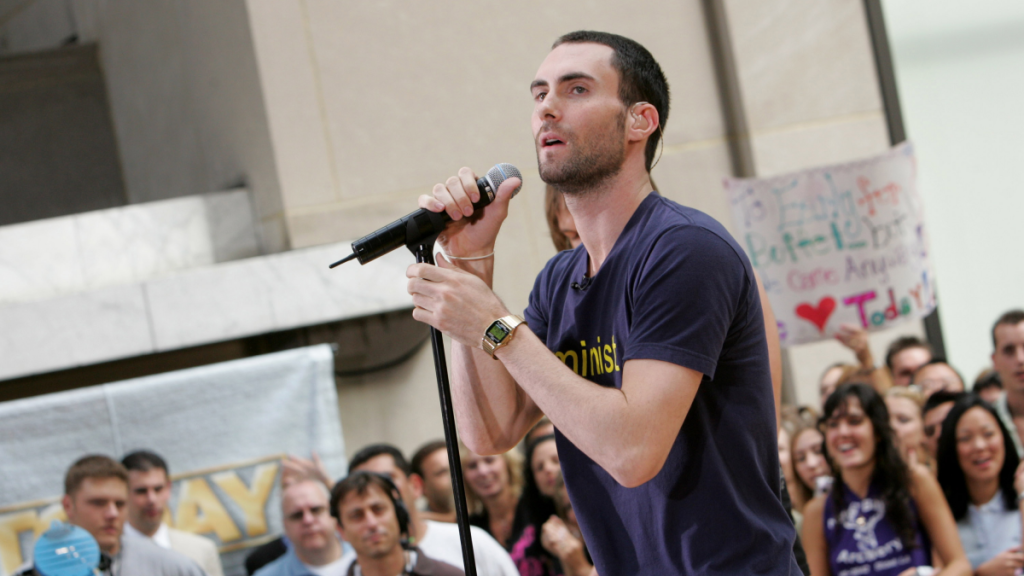 Instagram model Sumner Stroh is a name a lot of people are about to learn. She is spilling the tea on an alleged affair with Maroon 5 frontman Adam Levine who is married to Victoria’s Secret angel and supermodel Behati Prinsloo.

The couple is currently expecting their third child which comes into play here. Not because the alleged affair is about to break up the marriage. Who knows what their personal arrangement is? We’re not here to judge.

But that detail factors into this emerging scandal because Instagram model Sumner Stroh is claiming former Super Bowl performer Adam Levine slid into her DMs to ask if it was cool if he named his third child after her, his alleged mistress on the side. Sumner Stroh posted a TikTok video detailing the alleged details of the affair with Adam Levine and his recent DMs and that has since made it Twitter where people are losing their minds.

Here is Sumner Stroh’s TikTok about Adam Levine with a portion of the video cross-posted to Twitter below:

@sumnerstroh embarrassed I was involved w a man with this utter lack of remorse and respect. #greenscreen ♬ original sound – Sumner Stroh

Here’s a portion of the video that’s going viral on Twitter:

the “adam levine wants to name his baby after the woman he cheated with” allegations are wild. also wild? why did he send a 🤷‍♂️emoji 3 mins after sending the most bonkers message i’ve ever seen in my life pic.twitter.com/6N562kp6bO

Here are some quotes from Sumner Stroh about Adam Levine for anyone who would rather read than watch a video:

Sumner Stroh said when the affair with Adam Levine began “I was young, I was naive. And I mean, quite frankly, I feel exploited. I wasn’t in the scene like I am now. So I was definitely very easily manipulated.”

She added “Maroon 5 is practically elevator music at this point. So, I’m sure you know who Adam Levine is. Adam and I were seeing each other for about a year, after I stopped talking to him over a period of months, this is how he came back into my life.”

As for how this Adam Levine alleged cheating scandal got leaked, Sumner Stroh says she “sent some screenshots recklessly to a few friends I thought I trusted, and one of them had attempted to sell to a tabloid—so here I am.”

She then goes on to explain why she chose to share this story now and it has a lot to do with Adam Devine sliding back into her DMs to ask if he could name his third child after her, according to Sumner Stroh’s side of the story.

After the cheating allegations reached a fever pitch on Monday following Sumner Stroh’s TikTok video, Adam Levine has started defending himself. He is denying engaging in a full-blown ‘affair’ but admitted to TMZ that he ‘crossed the line’.

Adam Levine: “I used poor judgment in speaking with anyone other than my wife in ANY kind of flirtatious manner. I did not have an affair, nevertheless, I crossed the line during a regrettable period of my life.”

The Maroon 5 frontman and former coach on The Voice is getting DRAGGED on Twitter and TikTok.

If there was an app that would show a daily leaderboard of show is ‘getting canceled’ at any given point in time, Adam Levine would be at the top of that list today. The Internet’s not having it with these details.

The news hit TikTok first and then made its way to Twitter:

That is a lot to process on a Monday afternoon:

hold on I need a minute pic.twitter.com/ewNtlo3WLT

I know virtually nothing about Adam Levine other than the fact he married Victoria’s Secret supermodel Behati Prinsloo. I thought this was common knowledge?

Adam Levine is dead wrong for what he did, but this girl needs to take accountability. One google search would’ve shown he was married, so I don’t understand how he manipulated you into an affair for a year? Only victim is the wife and children. Like bffr pic.twitter.com/CqYLAo8sL1

I’ve met exactly ONE ‘Maroon 5 fan’ in my entire life and I remember it vividly because I’m still shocked and confused by the existence of any Maroon 5 fans at all.

ADAM LEVINE’S DOWNFALL…AS A LIFELONG MAROON 5 HATER THIS IS A BIG DAY FOR ME pic.twitter.com/ShCx9DLLJJ