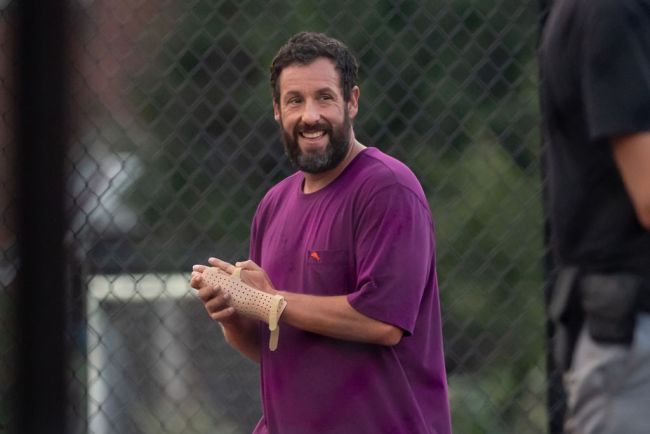 Here’s how desperate I was for new movies last fall: when Hubie Halloween was on the verge of being released on Netflix, I was actually sort of looking forward to it. Don’t get me wrong, I know it’d be a steaming pile of shit — as are most of Adam Sandler’s movies these days, unfortunately — but it’s exactly what I needed at the time: mindless humor that makes me forget our world is hell for about 90 minutes.

Sandler’s next Netflix film, Hustle, is currently in production in Philly. During a recent appearance on The Dan Patrick Show, Sandler revealed that the original plot of the film — which sees Sandler playing a basketball recruiter who travels overseas to try and convince an international basketball star to play in the States — was supposed to take place in China. Netflix, however, asked Sandler to change the locale to “Latin America or Europe” because the streaming behemoth does not do business in China.

“It was written originally that I find a player in China and somehow, Netflix is not in China,” Sandler said. “So they were like, ‘Would you guys please make it so we find someone in Latin America or Europe?’ So the next thing you know, I’m in Majorca [Spain]…[but] it was originally, ‘Find a player in China.’”

At this time, Hustle does not have an official release date. Hustle isn’t the only Netflix film that Sandler has lined up, as reports indicate that a sequel to 2019’s Murder Mystery, which also stars Jennifer Aniston, is in the works.