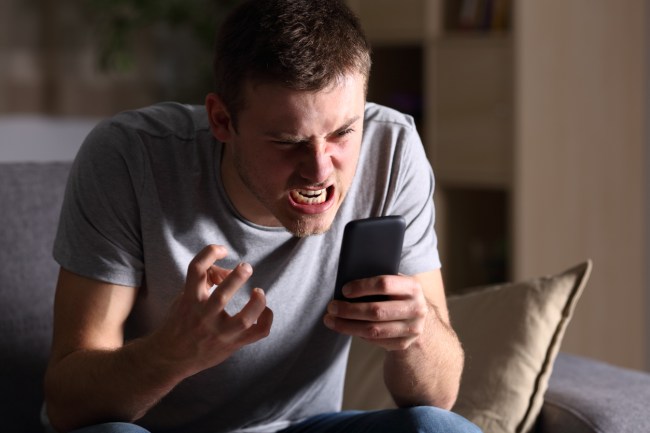 As much as it pains me to admit this, I know I’m not the greatest tweeter of all time. I may want nothing more than to be flooded with favorites and replies on a daily basis, but at the end of the day, the market is what the market is and my tweets are consequently getting the appropriate amount of engagement. It took me a while, but this is something I now accept.

Regardless, I still try to put at least some work into my tweets. A lot of them are just random thoughts, but sometimes, I’ll sit down to try and craft jokes about trending news or topics I think will resonate with the masses online. I regularly make a concerted effort to give the people what I think they want, which is not the case for a lot of other internet celebrities—especially Addison Rae.

Recently, there’s been a flood of high-profile TikTokers coming on to Twitter Dot Com, a place where being savvy with words is critical due to the 280 character limit. However, all they do is tweet their stupid relatable bullshit and they get tens of thousands of likes in return.

It’s truly insane. They will tweet shit like “I want a bagel” and get 100k retweets. Just get a bagel and get back to dancing. I labor for hours to come up with an entire dialogue-filled joke about a relatable topic like the dumb name Elon Musk gave to his kid and all I get in return is 20 likes. What else do I need to do?

Look, I am an internet person. I am not some curmudgeon who doesn’t understand TikTok or why some people with no discernable talent are able to make more in a month on OnlyFans than I do in a year. I get it. A teenager from Louisiana who is now a multimillionaire and global sensation because she can dance for 15 seconds? Sure, I can get behind the idea of why she’s famous. A kid dancing with his backpack in “random” places who now has his own dance with the most popular video game in the world? Same thing. Not for me, but I get it.

In a world where the average attention span is now even shorter than your average Vine, going viral can literally make a star out of the dumbest and most mundane occurrences, as was the case with Damn Daniel and Bhad Bhabie. One day you’re a badass middle-schooler who says some stupid shit on Dr. Phil and the next day you’re a millionaire. That’s just life in 2020 and I understand that.

But this? I don’t understand this.

In the time it takes to have what I consider “good” sex, Addison got that response for simply channeling her inner Buffalo Bill from Silence of the Lambs. I mean, the tweet has absolutely no substance. It is 10 characters long. It means virtually nothing. By the end of this, I’ll treat you to a snapshot of how many more likes she has just to enrage you further. But she can just get the fuck out of here with that.

But Twitter is where they lose me. You can’t transfer platforms that easily.

For the record, I consider myself an Addison Rae fan. Her cute pouty faces really do it for me and she’s also one hell of a dancer, so when taking everything into consideration, I understand why she has over 40 million followers on TikTok. That’s her thing; she started there, she has the appeal. I can accept it.

I can even understand her Instagram following. Not only does TikTok allow you to hop to the other app with the press of a button, but part of the reason she is popular is that she is—as at least one rapper has put it—”bad.” So yes, Instagram makes sense.

I cannot, on the other hand, understand her following on Twitter. I mean, I guess I can understand following her, but as for the engagement she routinely receives? GTFOH.

If you’re one of the people who’ve followed her on TikTok, you’re invested in her life. She is a celebrity now, so it make sense to follow her on other social media platforms you frequent. But to engage with her tweets is like giving out free money to billionaires. There’s only so much publicity a person needs in life.

Do I follow Addison? Of course I do. I have been for a few weeks now after her face was retweeted onto my timeline, and even though it’s only brought pain into my life, I’m far too invested to sever ties.

I don’t mean to pick on her specifically, and Addison, if you’re reading this: I apologize. I take all of this back and I would love to take you out sometime. You just happened to be there for me to follow. If I had followed another TikToker like Lil Huddy or Bryce Hall, I would be saying the same thing about them right now. Sadly, you became my scapegoat and, in turn, my enemy.

The engagement and amount of likes Addison gets on an app that is made for news, wordsmiths, jokes, and concise thoughts is infuriating. She tweets essentially nothing and her likes and retweets should reflect that but, of course, they do not.

I don’t think Addison has ever tweeted more than 70 characters yet she gets tens of thousands of likes every time, it’s insane. I mean, just take a look at these.

what color should i paint my nails

Over 43,000 likes despite the glaring lack of punctuation?

hop up out the bed TURN MY SWAG ON!

Literally stealing valor from a Soulja.

Oh word? Thousands of people are dying every day and we are all stuck inside.

did someone refresh 2020? it feels way better recently…

See above. Maybe you’re in such a good mood because you get the dopamine rush of social media likes that we all crave even though you don’t deserve it.

anyone want to adopt a palm tree together?

Yes. Let’s adopt a tree. Let’s sign the paperwork and go pick up our tree from the tree orphanage.

Then buy it (unless you’re doing that influencer thing where you tweet what you want so they send you shit for free. If that’s the case, then I respect the hustle).

Don’t see what else you could possibly do.

what does idc stand for

You are 19. You grew up with a phone. You should know what this means and I’m concerned you may have confused Twitter with Google and may possibly have Benjamin Button syndrome.

my biggest fear is being alone

Get in line sister.

She doesn’t even know what she is saying anymore. It goes on and on. There are so many tweets, all of them with thousands and thousands of likes. It’s a damn shame.

Seeing the amount of engagement she gets is so demoralizing to someone in my position. It’s the equivalent of working hard all winter long and depriving yourself of eating or drinking and having fun so you can get in shape for beach season.

You wake up at 6 AM for ten weeks in a row and work out just so that in a few months you can show up to your friend’s beach house on Memorial Day weekend and feel confident during the big reveal. The time finally comes and you’re feeling good waiting for that moment to pop that top off and showcase your sick bod.

Then, you see your friend who subsists entirely on beer and ice cream and regularly sleeps until noon. He is the most shredded he’s ever been for no reason other than “genetics.” You realize you’re still a fat idiot and all that non-eating shit was for nothing. You understand why he can just do nothing and have that body due to the metabolism he was gifted with, but at the end of the day, all you can think is “Fuuuuuck that guy.”

Like I said, I don’t mean to pick on the potential love of my life. She’s an unfortunate patsy. I could pick any TikTok star at random and say the same thing.

Maybe the key to making a tweet go viral is just saying what you like with the greater than sign? Maybe I am just misunderstanding how to go viral? I took to my own personal twitter and decided to give it a try.

i’m just playing i have no idea what this means https://t.co/sm5QRwz2CT

That’s right—she gets that many likes for admitting that she straight up tweets gibberish.

So there you have it. Influencers control the world and I have new enemies. An app that was primarily designed for people who can actually formulate thoughts, ideas, and opinions has once again been taking over by college-aged personalities with nicer glutes than myself.

I don’t know where to go from here. I think my only option is to start to tweet like them. If totally relatable, non-funny non-sequiturs are what the people want, then that is what I’ll have to give to the people. I’ll let you know how it goes.

But before we go, let’s check back in with the tweet that started all this anger almost an hour later.