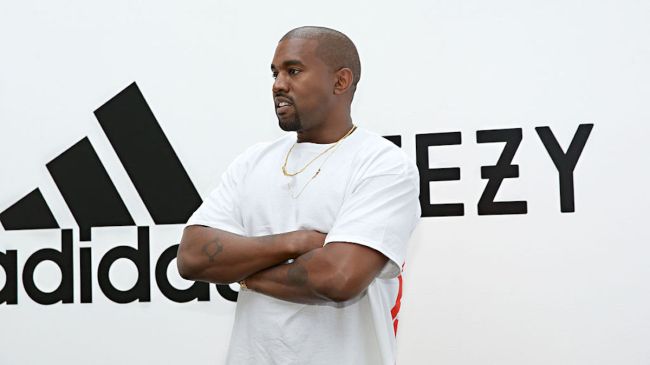 After a video of Kanye West claiming that adidas “can’t drop him” regardless of what anti-Semitic things he says went massively viral, the German sneaker brand wasted little time and severed their relationship with the 45-year-old Instagram influencer.

In a statement Tuesday, the sportswear maker said it “does not tolerate antisemitism and any other sort of hate speech” and said that his recent comments were ‘unacceptable, hateful and dangerous.” Adidas said they violated the company’s “values of diversity and inclusion, mutual respect and fairness.” [via CNN]

“I’m a bit sleepy tonight but when I wake up I’m going death con 3 On JEWISH PEOPLE. The funny thing is I actually can’t be Anti Semitic because black people are actually Jew also You guys have toyed with me and tried to black ball anyone whoever opposes your agenda,” West tweeted.

Then, reports indicated that HBO had to pull an episode of LeBron James’ The Shop because Kanye reportedly used his appearance to spew similar anti-Semitic rhetoric. Furthermore, former TMZ staffer Van Lathan recently accused Kanye of saying he “loves Hitler and Nazis” during his infamous 2018 visit to the TMZ offices, which also saw him proclaim that “slavery was a choice.”

In addition to adidas, fashion house Balenciaga has also announced that they are ending their relationship with Kanye West in the take of his anti-Semitic comments. Furthermore, talent agency CAA has dropped West as a client, and production company MRC announced that they’re canceling a documentary that they planned to make on West.