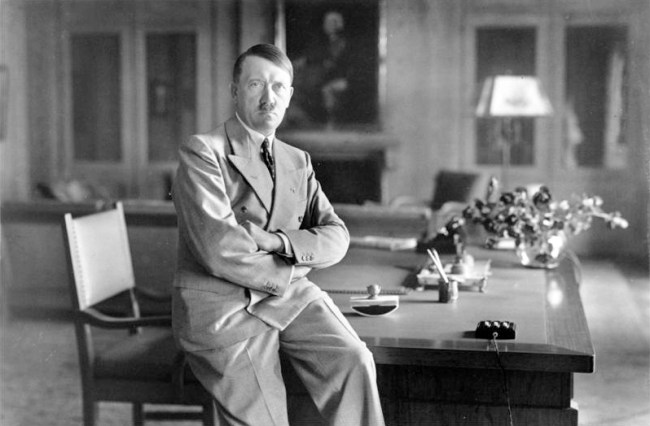 Adolf Hitler had a “homosexual streak” according to a decades-old declassified CIA intelligence report. The Central Intelligence Agency report from 1942 said Hitler was bisexual.

The Daily Mail reports that the top-secret dossier was put together by Dr. Henry Field, an agent for the Office of Strategic Services (OSS), the intelligence agency that was the predecessor of the modern Central Intelligence Agency.

Before World War II, Field was an anthropologist in his civilian life. For his work with the intelligence agency, Field was “tasked with trawling through any information he could find about German top brass, including Hitler himself.” The report was organized to provide U.S. military and President Franklin D. Roosevelt with as much intelligence on Hitler and provide any insight into how the Führer would behave and think. The intelligence report covered all aspects of Hitler’s life from his eating habits to what kind of music he liked to his sexual past.

The 70-page dossier on the German dictator stated that he was “a sadomasochistic type of man with possibly even a homosexual streak in him.” Much of the information on Hitler’s sexuality came from Ernst Sedgwick Hanfstaengl, a close friend of Adolf in the 1920s and 1930s. However, the two had a falling out and Hanfstaengl wisely fled to the U.K. once Hitler came to power.

Hanfstaengl informed U.S. operatives that when Hitler was a young starving artist that he lived at a Viennese hostel from 1910 to 1913. The Maennerheim Brigittenau Inn in Vienna allegedly had “the reputation of being a place where elderly men went in search of young men for homosexual pleasures.” It should be noted that Hanfstaengl did not provide any evidence of any of his testimony. The Nazis did persecute gay men and to a lesser extent lesbians.

In the intelligence report, Field wrote that Hitler’s “sex life is dual as is his political outlook,” meaning that he “is both homosexual and heterosexual” in his personal life as he “is both Socialist and fervent Nationalist” in his political beliefs.

Publicly, Hitler was only known to have been in a sexual relationship was with Eva Braun. The two married right before Allied forces took over Berlin and their joint suicide in a bunker.

The dossier also included rumors that mass-murdering despot was sexually attracted to his deputy Rudolf Hess. The deputy would often “attend balls dressed in female attire,” which allegedly earned him the nickname “Fraulein Anna.”

Speaking of balls, Hitler only had one (How do you like that segue?). According to Hitler’s medical records, the Nazi leader only had one testicle. Records say that Adolf suffered from “right-side cryptorchidism” or an undescended right testicle. That’s nuts. However, other allege that Hitler was not a monorchid, which is a person or animal that only has only one testicle.

Hitler’s doctor Erwin Giesing and his personal physician Theodor Morell said the Nazi leader had two perfectly good testicles, which is exactly something a doctor for Hitler would say.