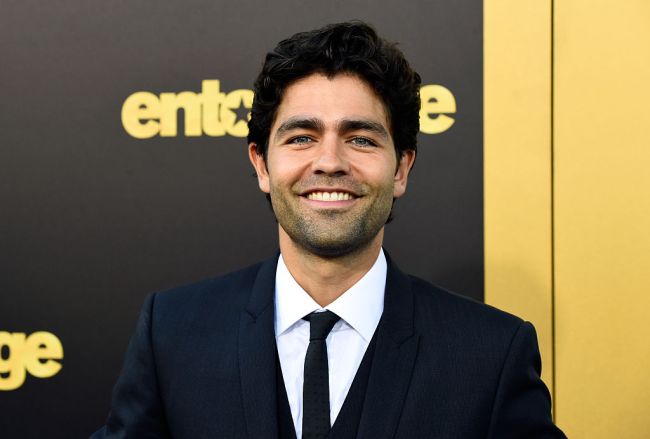 The final episode of Entourage aired on September 11, 2011, and ever since the last show, Adrian Grenier has not appeared on the small screen. Now, 10 years since Entourage went off the air, Grenier returns to TV with a new Netflix show.

A decade after the final episode of Entourage, the 45-year-old Grenier will appear in Netflix’s new miniseries Clickbait. The eight-episode series, which was filmed in Melbourne, Australia, explores “the ways in which our most dangerous and uncontrolled impulses are fueled in the age of social media, revealing the ever-widening fractures we find between our virtual and real-life personas.”

Of the synopsis of Clickbait, Grenier said, “It’s a very curious series. At first blush, just on the surface, it’s a thriller; it’s a whodunnit. But really, the depth of it is exploring issues of identity, especially in the technology world. It’s really very interesting exploring what it’s like to be alive at a time of the internet, avatars, catfishing, all those things.”

RELATED: ‘Entourage’ Star Adrian Grenier Traded In Hollywood To Be ‘Totally At Peace’ On A Farm In Texas

Grenier, who played Vincent Chase in Entourage, was so intrigued by the plot that he didn’t even finish reading the entire script before he agreed to take the role of Nick Brewer in Clickbait.

“And so during the filming, I didn’t even know who had done it,” he told Entertainment Weekly. “I was like, did I do it? Am I the guy? I feel like I’m the guy. But just keep in mind that in thrillers, the twists and turns aren’t always what you expect. Wink, wink!”

He continued, “I would say that if I were to encourage the audience to consider anything, it would be not who did it [but rather] how are we all participating in the muddied information landscape? There’s an information ecology and we’re all on some level contributing to the confusion out there with misinformation, fake news, retweets without thinking things through.”

“It’s what’s keeping us from knowing [the] truth, whodunnit, what’s what, because of all the conflicting information — and much of it untrue information — that’s put out. This is really about media literacy and hygiene, in many ways. It’s quite good,” he said.

Clickbait, which also stars Zoe Kazan, Betty Gabriel, and Phoenix Raei, will be available for Netflix streaming on Wednesday, August 25.

RELATED: Jeremy Piven On How Life Changed After Breaking Out As Ari Gold In ‘Entourage’ At Age 37: ‘It’s Never What It Appears To Be’