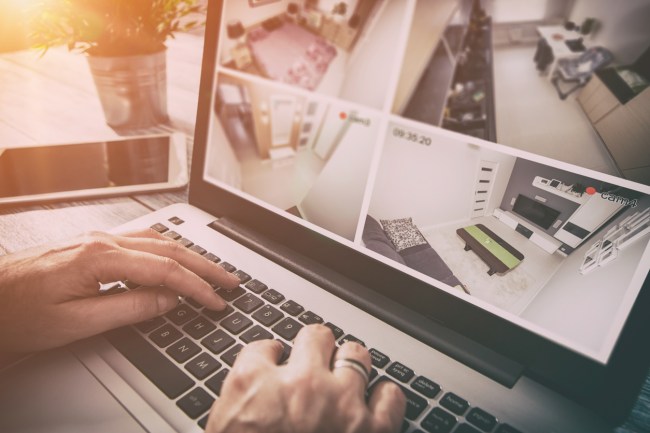 A former ADT Security Services technician used the company’s cameras to spy on naked women and couples having sex, prosecutors said. Telesforo Aviles, a 35-year-old former ADT technician pleaded guilty for his crimes in U.S. District Court for the District of Northern Texas on Thursday.

Aviles accessed approximately 200 customer accounts on more than 9,600 occasions without their consent over a five-year period while he was working in Dallas, according to prosecutors.

The voyeuristic Aviles added his personal email to customers’ “ADT Pulse” accounts, which allows customers view their home security video feeds through a mobile app. Aviles reportedly used this feature to give him real-time access to the video feeds. Aviles claimed that he did this as an effort to “test” the system. However, Aviles also admitted that he used this process so that he could tap into the security cameras of homes where he would allegedly watch attractive women get naked as well as peek in on couples having sex.

“Mr. Aviles took note of which homes had attractive women, then repeatedly logged into these customers’ accounts in order to view their footage for sexual gratification, he admits,” the Department of Justice said in a statement.

On Thursday, Aviles pleaded guilty to one count of computer fraud and one count of invasive visual recording. He faces a maximum of five years in prison.

“This defendant, entrusted with safeguarding customers’ homes, instead intruded on their most intimate moments,” said Acting U.S. Attorney Prerak Shah. “We are glad to hold him accountable for this disgusting betrayal of trust.”

“We are grateful to the Dallas FBI and the US Attorney’s Office for holding Telesforo Aviles responsible for a federal crime,” ADT said on Friday.

“In the aftermath of the breach discovery, ADT has been hit by at least two proposed class-action lawsuits, one on behalf of ADT customers and the other on behalf of minors and others living inside the homes,” Ars Technica reported. “A plaintiff in one of the suits was allegedly a teenager at the time that the breach occurred. ADT informed her family that the technician spied on her home almost 100 times, according to the lawsuit.”

The FBI is advising customers to review who has access to their online accounts.