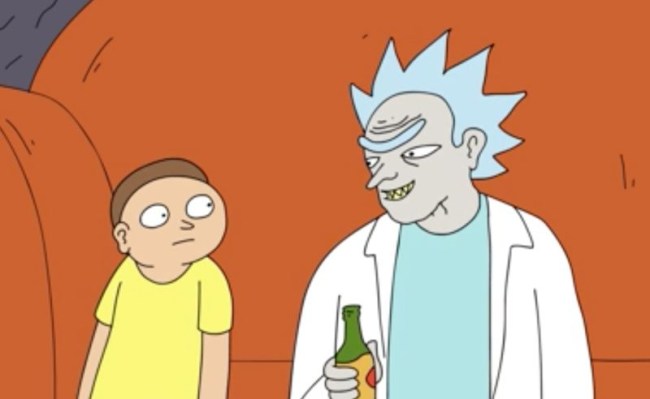 Last week we learned that Season 4 of Rick and Morty is being held up because of contract negotiations and that we might not see new episodes until at least 2019 at the earliest. Perhaps Adult Swim is attempting to force Rick and Morty creators into a new contract by showing them that other animators can make cartoons like Rick and Morty. On April Fools’ Day at 11 pm, Adult Swim instructed their followers to “Watch TV or adultswim.com now.”

The “prank” was that there was not a new episode of Rick and Morty, but rather a strange Rick and Morty-themed cartoon that takes place in Australia in an alternate universe. The 10-minute short is called “Bushworld Adventures,” and it is bizarre, dark, and sometimes uncomfortable. Instead of Rick and Morty, this spoof stars Reek and Mordi. The duo from Australia encounter numerous “difficulties” as they travel to a place called “Bendigo” in an attempt to secure a mysterious Green Cube. It’s very Rick and Morty-esque, but much more sinister.

The cartoon had nothing to do with Rick and Morty co-creators Justin Roiland and Dan Harmon. The quick cartoon was written and directed by Michael Cusack, a popular YouTuber and animator on TripTank. You can watch the bizarre, sometimes disturbing episode here.