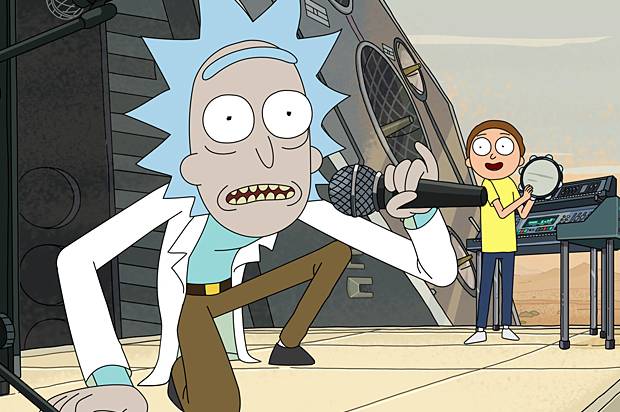 The last time we got Rick and Morty was on October 1, 2017, for the triumphant finale of Season 3. If you were excited for new Rick and Morty in 2018, you will be very, very disappointed because the extremely popular Adult Swim cartoon will probably not come back until “late 2019.” Maybe you should major in shutting the fuck up because that’s not acceptable.

In a recent radio interview with the Detroit Cast, Rick and Morty writer and producer Ryan Ridley said it will be a very long time until the show returns. “I know how long this show takes to write, let alone animate,” Ridley said. “I’d be surprised if there was a fourth season on the air anytime sooner than 2019… late 2019.” YIKES!!!

He noted that the show’s writers, including creators Dan Harmon and Justin Roiland, have yet to start writing Season 4. “They really take their time,” Ridley said. “I never understood why everybody—all parties, Dan, Justin, and Adult Swim—didn’t get their shit together, and make the show fast. I just don’t get it. It doesn’t make any sense to me. I’m sure they all have their reasons.” It took eight months to produce the show’s third season after the script was finished. We should have all seen this coming since in the Season 3 finale Mr. Poopybutthole himself said that Season 4 of Rick and Morty will air “in like, a really long time.”

Adult Swim has yet to order any new episodes, despite being the most popular comedy among 18 to 34-year-olds in the U.S. and the Season 3 finale delivering Adult Swim’s highest ratings in the network’s history. The Season 3 premiere racked up an incredible 11.7 million combined online views across Adult Swim’s website and Facebook. Let’s just hope they take their time to make Season 4 of Rick and Morty the best season yet.