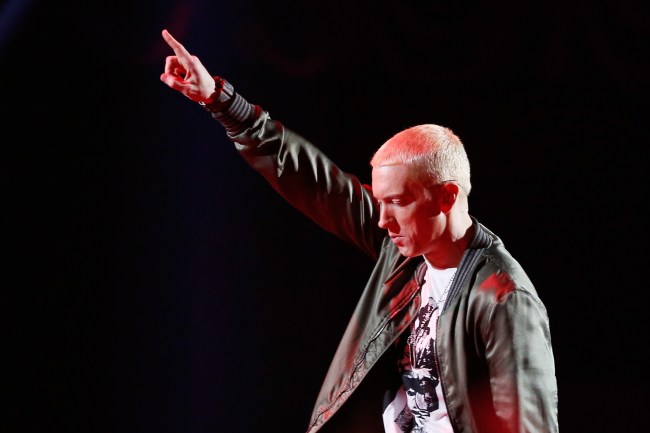 Given the astronomical success Eminem has experienced since 1999’s Slim Shady LP, it’s almost impossible to believe that one of the most influential artists of all-time punches in and punches out of his job like Jimmy “B-Rabbit” Smith Jr. at the Detroit car factory.

But Akon, who collaborated with Eminem on the 2006 platinum certified ‘Smack That,’ revealed on Hot 97’s Ebro In The Morning that Em “was the first artist I worked with who treated the business like a real job.”

He goes into his verse. 5 PM comes. He’s halfway in. He’s like, ‘Alright bro, I’ll see you tomorrow.’ At this point, I’m like ‘Yo, this is crazy! But then Em said, ‘I just like to be here. I treat it like real job. I don’t make it no more than what it’s supposed to be. I don’t let it stress me out, stay longer than I have to. I got a family, I got a daughter. I want to make time.’

I was like, ‘Damn, he’s right. Some days, I’m in the studio three, four days. I do not come out. Don’t see my kids, don’t call my wife, none of that. I am sitting here like, [Em’s way] makes a lot of sense. Ain’t nothing gon’ change between today and tomorrow.”

If you’ve got 45 minutes to listen to the entire Akon interview, you should. He’s an interesting dude with unique insight.