Alabama College Students Are Throwing ‘COVID:19 Parties’ And Betting Money To See Who Can Catch The Virus First 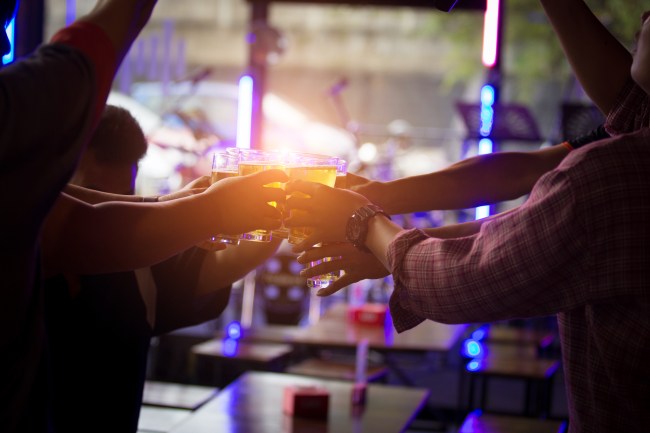 During a city council meeting on Tuesday Tuscaloosa fire chief Randy Smith confirmed that students have been attending parties in the area in recent weeks knowing they were infected with the virus.

Tuscaloosa Fire Chief Randy Smith says they discovered students, who knew they were COVID-19 positive, have been attending parties. This information was given at the pre-council meeting this afternoon. @abc3340

JUST IN: During a pre-council meeting this afternoon, Tuscaloosa’s fire chief reports that over the past few weeks students with known positive COVID-19 cases were showing up at parties in the city and county: pic.twitter.com/EUIe5JoSvn

“We had seen over the last few weeks parties going on in the county, or throughout the city and county in several locations where students or kids would come in with known positives. We thought that was kind of a rumor at first….we did some additional research….not only did the doctor’s offices help confirm it but the state confirmed they also had the same information,”

Tuscaloosa City Councilor Sonya McKinstry revealed to ABC News on Wednesday that Alabama students have been openly participating in contests at the COVID parties to see who can catch the virus first.

Tuscaloosa City Councilor Sonya McKinstry said students have been organizing “COVID parties” as a game to intentionally infect each other with the contagion that has killed more than 127,000 people in the United States. She said she recently learned of the behavior and informed the city council of the parties occurring in the city.

“They put money in a pot and they try to get COVID. Whoever gets COVID first gets the pot. It makes no sense,” McKinstry said. “They’re intentionally doing it.”

On Tuesday Gov. Kay Ivey announced the state’s “Safer at Home” order will be extended through July 31, citing surging Coronavirus cases in the state and called on citizens to take personal responsibility to help stop the spread of the virus.

Today, I am announcing that our current #SaferatHome order is being extended from the July 3 expiration date to July 31 at 5 p.m. Learn more: https://t.co/hKeJqe5eQj #TogetherAL #alpolitics 3/5

Personal responsibility means it is everyone’s responsibility. If we continue going in the wrong direction, and our hospitals are not able to handle the capacity of patients, then we’re going to reserve the right to come back in & reverse course. #TogetherAL 5/5

Hopefully, the students will head the governor’s advice before the police have to get involved.