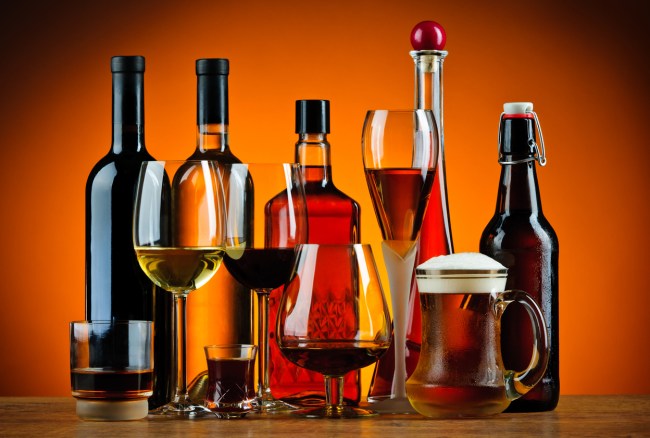 A study published by the Cambridge University Press examined alcohol consumption during economic expansion and contraction in 24 countries from 1961 until 2014.

“During the recession phase, there is no symmetric reduction in average gross alcohol or beer consumption. Wine consumption reduction is statistically significant, but the elasticity is rather weak,” the study’s authors wrote. “Consumption of alcoholic drinks during recessions mostly persists at the pre-recession phase’s levels. During recessions, with insufficient public labor market interventions to prevent increasing levels of unemployment, the surge in unemployment could trigger an additional increase in the average alcohol intake.”

A 2017 study published in the International Journal of Drug Policy found, “Alcohol use increases during recessions due to psychological stress, which was observed mainly in men.”

Goldman Sachs analysis said beer and liquor consumption in the U.S. has little correlation with economic growth. The investment bank and financial services company noted that consumers tend to drink more at home during economic downturns than at bars or restaurants – where drinks are more expensive.

“For example, in the 2008 recession, beer sales went way down, and hard liquor sales went way up. Wine and ready-to-drink products (RTDs) were either flat or increased slightly,” according to BevAlc Insights. “It was similar in the 2001 to 2003 recession. All volumes were increasing, except for beer.”

Market analyst Josh Kincaid wrote in the investment website Benzinga that sin stocks such as alcohol have benefits – including being “recession-proof, generating strong and consistent earnings, and having limited competition.”

Sin stock expert Larry Swedroe said, “Sin stocks are considered to be fairly recession-proof. There’s a reason for this – people drink, smoke, and gamble in both good times and bad, while most of them don’t view their own ‘sins’ as discretionary. One theory for sin stock’s higher returns is they are more profitable and less wasteful with investment. This is due to the difficulty this sector has when it comes to raising capital, so companies don’t tend to waste it.”

Swedroe noted that sin stocks are considered “defensive and tend to remain fairly stable under difficult economic conditions.” He conceded that sin stocks can suffer when “economic conditions are so bad they impair consumers’ ability to spend,” but said, “Consumers typically revert back to their vices once the economy improves, and they tend to spend aggressively during bull markets.”

AB InBev – the world’s biggest brewer with brands such as Budweiser, Michelob, Corona, and Stella Artois – declared that global beer prices have lagged behind inflation as measured by the U.S. Consumer Price Index. The beer company hinted that the company could hike prices to combat higher costs.

“What changed this year is that CPI is much bigger than one would expect and accelerated throughout the year,” AB InBev CEO Michel Doukeris said during a July call with investors, according to Bloomberg. “We have many levers to pull as to how we accept input costs.”

Forbes stated, “Beer and spirits are considered affordable luxuries or even staples in the U.S. and other mature economies.”

The outlet added, “According to Goldman Sachs, the top three brewers now control more than 70% of the beer market. Brewers are also likely under more pressure to raise prices to defend profit margins since their costs of production have risen sharply. Spirits production is much less concentrated, with the top six distillers slightly above 50% of the market. In addition, distillers have focused on upselling customers rather than outright price increases.”

“Some consumers have historically gone beyond trading down to cheaper liquor and moved to more beer consumption since it carries a lower cost per serving,” wrote Bill Stone – chief investment officer of The Glenview Trust Company.

Stone also remarked that customers who purchase spirits are typically more wealthy than beer drinkers – which would likely mean less of an impact on consumption. In a recession, liquor and beer customers will likely downgrade to lower-cost alcohol.

“In conclusion, alcoholic beverage consumption should be resilient even during a future economic recession. Beer and spirits are an affordable luxury and are a small enough portion of total spending so that volume is not likely to decline significantly,” Stone stated. “While brewers and distillers would likely see some earnings pressures due to a less favorable product mix from the trading down during economic turmoil, the earnings declines should be moderate relative to most companies. The industry, in general, is attractive as the brands carry significant value and profit margins are typically significantly higher than the S&P 500.”

Nasdaq.com pointed out that alcohol consumption is “largely uncorrelated with the state of the economy,” and added, “Alcohol stocks are generally viewed as ideal investments during economic downturns like the one we are currently experiencing.”

A Certain Beer Market Could Flounder In A Recession

Investment advice website Morningstar warned that craft beer could be a victim to consumers tightening their wallets during a recession.

“What’s the result of the weak consumer environment? Anheuser-Busch/InBev and Molson Coors, which have medium to lower-end priced brands, are reporting great performance in the US. A-B is finally growing volumes again, and for Molson Coors, Keystone Light is growing faster than Blue Moon,” the financial news outlet reported. “Imports and crafts have been the losers for the most part across the beer space. For example, Boston Beer, a company used to posting quarter after quarter of double-digit volume growth, reported a 13% decline in core shipments last quarter.”

Morningstar believes that alcohol companies that feature established brands, but also have a wide variety of premium offerings as well as affordable alcoholic beverages will succeed in a recession.