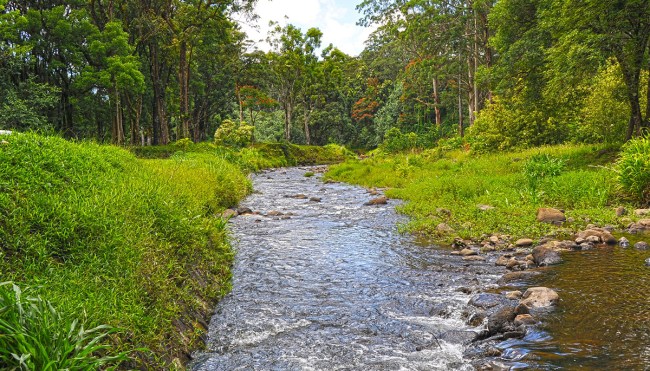 There’s a fairly common misconception that most people in the Middle Ages spent their days sipping on a variety of fermented alcoholic beverages thanks to the bacteria and other sickness-inducing substances found in untreated water (although it’s worth noting plenty of our ancestors did slug down their fair share of weak beer to stayed fueled over the course of the long workday).

Drinking contaminated water may still have been a concern back then, but thanks to the many advancements that have been made over the centuries, the vast majority of people living in the modern world no longer have to worry about tracking down a potable source. Of course, those advancements have been accompanied by a number of industrial developments linked to pollutants that would make most people think twice about drinking straight from a stream—although I have a feeling that might not stop some people from taking a trip to a river in Hawaii that’s making headlines.

According to Hawaii News Now, the state’s Health Department has launched an investigation after being summoned to a creek in Waipio on the island of Oahu that an environmental activist who alerted the agency said smelled like “a beer pub that hadn’t opened its doors for three or four days.”

After sampling the water, a lab found it sported an ABV that clocked in at upwards of 1.2%. For the sake of comparison, Bud Light and Coors Light each boast 4.2%, so while drinking it wouldn’t exactly get you hammered, you could probably still catch a buzz if you were willing to risk consuming other less enjoyable substances the water could contain.

Authorities believe the origins of the alcoholic river can be traced to water deposited by a storm drain that runs near a warehouse operated by Paradise Beverages, although the distributor says it’s not sure how its products contributed to the contamination.