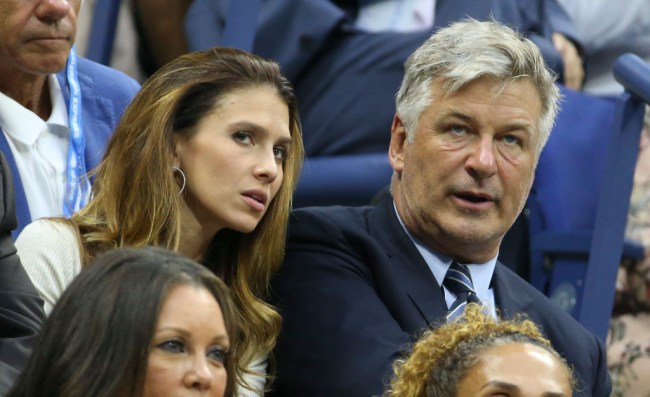 The 60-year-old actor got in another dust up Friday afternoon outside his building in New York’s East Village when a motorist swooped in to take the parking spot being held from him by an unnamed Baldwin relative.

When the dude went to go feed the parking meter, Baldwin approached him and reportedly went haywire.

“What do you think you’re doing!” Baldwin fumed, according to another witness, a construction worker who also declined to be named.

“Alec was yelling ‘Shut the f–k up!’” the hardhat added.

Baldwin was arrested for misdemeanor assault and is hunkered down in a holding cell at the NYPD’s 6th Precinct station house in Greenwich Village, cops and police sources said.

The dude who got cold-cocked was taken to the Lenox Health – Greenwich Village emergency room to have his left jaw checked out, but was not seriously injured. I smell a lucrative lawsuit brewing!

Anyone who’s been to NYC knows that the concept of “holding a parking spot” is fucking ludicrous. It is Lord of the Flies on those streets and the fact that Baldwin exploded over this shows how big of a prick he can be. Also, imagine if the dude that jacked Baldwin’s spot was visiting his sick mother or just got laid off. Coming at someone with a fiery temper right off the bat seems to be Baldwin’s M.O. and I’m shocked it hasn’t backfired on him by now.