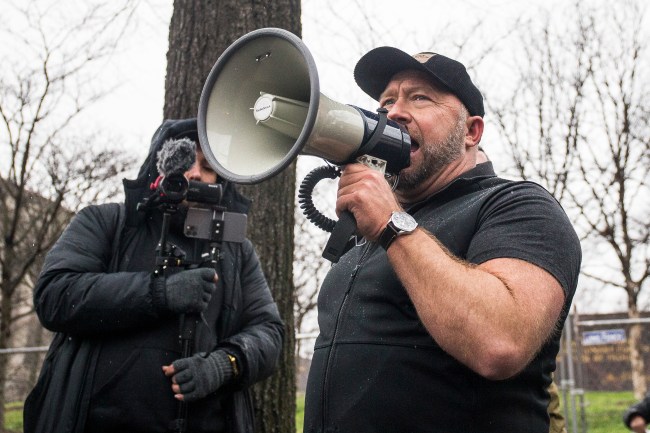 Gotta hand it to the man, Alex Jones never misses an opportunity to drum up a compelling conspiracy theory, even when he’s in handcuffs.

Jones was arrested in Texas early Tuesday on charges of driving while intoxicated following a spat with his wife at a sushi restaurant that resulted in Jones allegedly walking three miles home and a physical altercation there.

Travis County Sheriff’s Deputies were responding to a disturbance at Jones’ house in Austin around 10 p.m. Monday, when they spotted his Dodge Charger going 45 mph in a 40 mph zone and pulled him over. Jones was reportedly on his way to his other home in the area to get away from his wife.

“When I made contact with Jones I detected a strong odor of alcohol coming from his person,” the deputy wrote in the affidavit obtained by the New York Post. The officer described Jones’ eyes as “glassy with constricted pupils, while his demeanor was listed as excited, talkative, carefree and cooperative.” 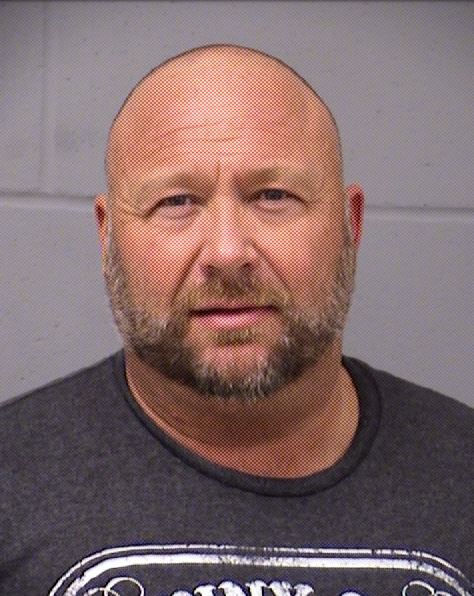 The 46-year-old addressed the incident on Tuesday’s episode of InfoWars, claiming he and his wife shared a “little tiny bottle of sake” at a Japanese restaurant two hours before he was nabbed.

“Then he starts having me do this—what do you call them? When you stand on one foot and look a the other for seven seconds,” Jones recalled. “He shows me what to do, and he can’t do it.”

Jones said the officer blamed the weight of his belt on his own failure to do the test, a comment that made Jones laugh in reflex.

Jones’ takeaway from the debacle: Close every restaurant in America until laws change.

“I’m not saying conspiracy here, not saying the police are at to get me at the local level,” Jones said. “But, still, the level they had was below the law … so there you go.”

He continued: “The alcohol limit used to be three times of what it is now … Here’s the thing: Restaurants should not be allowed to sell alcohol if these laws continue. You shouldn’t be able to serve somebody a beer if they drink that 16 ounce beer and walk out, they’re gonna go to jail. So I call for all restaurants and bars to be shut down. Seriously. Because you can’t go in one, have two beers, and then not go to jail. So hey, I’m ready for the mainstream attention.”

I kinda sympathize for Jones here. He wasn’t driving erratically and wasn’t hammered but still got thrown in the slammer. But if we shut down every bar in America, where the hell am I going to leave my debit card six times a year?