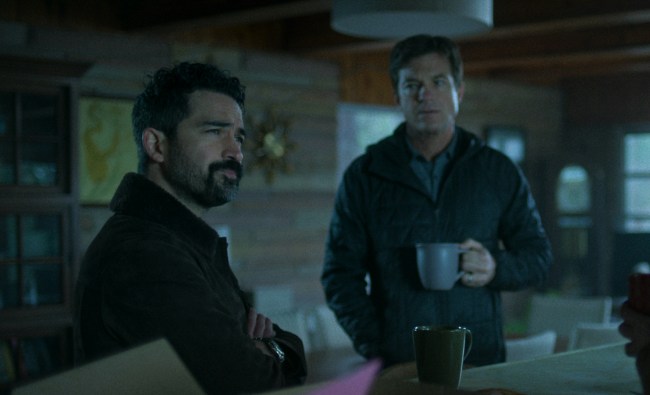 The introduction of Alfonso Herrera’s Javi in season four of Netflix’s Ozark reminds me of another late character inclusion in an iconic drug-related drama: when Breaking Bad introduced Jesse Plemons’ diabolical Todd into the final stretch of the series.

Effectively serving as a shot of chaotic adrenaline, the introduction of Javi into Ozark has completely flipped the series on its head as its added an entirely new and dangerous dynamic to the beloved series as it enters its concluding episodes.

Editor’s Note: this article containers spoilers for Season Four, Part One of Ozark.

That sense of reckless unpredictability is proven in the seventh episode of Part One, as Javi — with a cold-bloodedness similar to that of a Terminator — puts a bullet in the heads of Darlene Snell and her decades-younger lover Wyatt Langmore.

During a recent conversation with our Post-Credit Podcast, though, Herrera teased that as mindblowing as the most recent seven episodes of Ozark may be, Part Two of the fourth season is “exponentially” more mindblowing.

“There’s a bigger dog, always,” Herrera said in regards to Javi giving Darlene what she had coming. “It’s the story of life. And who knows what’s going to happen in part two. What I can say is: if you think it’s mindblowing what happened in part one, part two is exponentially… it’s mind-blowing.”

“Can you tell us if you’ve shot it yet,” we asked.

Given how electric the first part of season four is, we can only imagine what part two — which will bring the beloved Netflix series to an end — has in store for us.

The first four seasons of Ozark are currently streaming on Netflix. As Herrera teased, Part Two has already been filmed and will debut on the streaming service later this year.