Alison Brie On Being Comfortable Doing ‘GLOW’ Nude Scenes: ‘In College, I Was Bit Of A Nudist’ 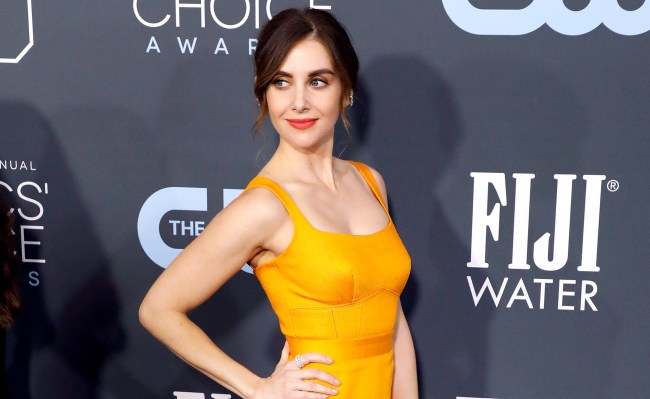 Alison Brie says doing nude scenes for Netflix’s wrestling-based drama GLOW was “freeing and fun” adding, “I was bit of a nudist. I have no problem with nudity.”

This revelation was put forth by Brie in a recent interview Brie did with Men’s Journal to promote her upcoming film Promising Young Woman and her forthcoming final season of GLOW.

The 37-year-old star also admitted that having to actually wrestle on the show has gotten her “addicted to lifting heavy weights and working my body in the gym.”

That discussion led into a question about whether doing her first-ever nude scene, which took place in the very first episode of GLOW, was weird?

“It wasn’t weird at all. It was actually freeing and fun. I’ve always been a naked person,” Brie responded, adding, “In college, I was bit of a nudist. I have no problem with nudity. But at the same time, it’s not something I took lightly. I never made a steadfast rule that I’m not going to do nudity, but everything that came my way involved nudity just didn’t seem to merit it to me. I’m glad that I waited — because I got to do it for the first time on a project that was created by women, that was celebrating women’s bodies.”

As for her being a “bit of a nudist” in college, Brie elaborated, “I went to Cal Arts and studied theater. It’s always been a very experimental school that enables students to feel boundary-less in their art. When I was there, clothing was only required in the cafeteria. I would exercise my right to be naked—taking a jog through school naked, or making my roommate laugh by hanging naked from the tree outside our dorm. It was just funny to me. Kind of still is.”

Turns out being a nudist in college is something Brie has been talking about for years as here she is also discussing it with Conan way back in 2012.

Brie also discussed her first nude scene with Playboy back in 2017, telling the publication, “I definitely did some push-ups and sit-ups in my room to pump up the right muscles beforehand. I’ve passed on a lot of projects that had nudity, but I was obsessed with getting GLOW. Nudity is a part of the show, and I had no hesitation. I love the character. I understood why they wanted it. Getting naked on camera is like ripping off a Band-Aid. The hardest part is the transition from being in your robe to being naked on set.”

During that same interview, Brie also discussed fans of hers that are obsessed with her feet. She doesn’t mind it, but admitted that she does wonder about foot fetishists, “Why would you put your dick between two feet when you could put it in a warm vagina or a butthole?”