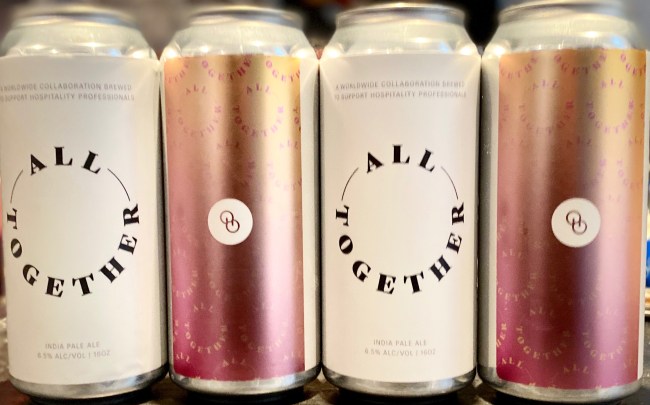 Each person has their own preferences when it comes to the magical world of alcoholic beverages, and while those tastes certainly evolve over time, I think a vast majority of us take an introductory course called “Drinking Whatever You Can Get Away With 101” when starting off.

If you enrolled in this class in high school, you likely became an expert in figuring out which elixir you could commandeer without your parents noticing anything is missing. At the college level, it meant determining which products boasted the highest ABV for the lowest price, which typically meant 30s of light beer and plastic handles of vodka you buy as a joke at your reunion but never consume because the smell alone is enough to make you dry-heave.

Thankfully, you eventually reach a point where you possess an ID that says you’re 21 (that wasn’t sent to you hidden inside the heel of a counterfeit sneaker shipped from China), and even though money is still a consideration, you finally have the opportunity to expand your horizons a bit.

It’s been about a decade since I became old enough to walk into a liquor store without breaking out into a nervous sweat, but once I earned that privilege, I decided to use the opportunity to familiarize myself with the microbrews I’d been exposed to when raiding the coolers at tailgates hosted by parents who could afford to not drink Keystone.

The world of craft beer back then was virtually another planet compared to the one today, and even though Sam Adams and Magic Hat aren’t currently the most revered producers in the industry, their brews were an incredibly welcome change from the macros I was used to and the journey had officially begun.

I eventually worked my way up to Sierra Nevada and had a full-on love affair with Dogfish Head 90 Minute but can pinpoint the exact moment when I became destined for life as a Craft Beer Nerd, which is the night my friend from Vermont gifted me a sleek silver can he’d picked up over winter break.

My first sip of Heady Topper was like a hit of DMT based on how much it blew my mind and I unsuccessfully spent the next few years trying to find something capable of matching it to no real avail. Thankfully, that all changed when I decided to become a walking cliche and move to Brooklyn.

Unlike some people, I’m more than happy to overlook the more insufferable aspects of hipster culture thanks to how society benefited from it. When I moved to the borough, I suddenly found myself in a growing craft beer utopia and was understandably amped when I learned there was a brewery just a few blocks away from my apartment in the form of Other Half.

I didn’t know much about it when I decided to walk over to pick up some cans one weekend only to discover a huge line of people who’d had the same idea. I wasn’t sure if it was worth it but I figured I had nothing else to do, and after arriving home with my prize, I realized why I had to wait.

Over the past six years, Other Half has transformed from a small operation serving up pours in an impossibly tiny taproom to one of the most respected breweries in America thanks to the hundreds of different beers (primarily the hazy IPAs it’s mastered) that people will line up for overnight in an attempt to get their hands on.

However, like the vast majority of breweries in existence, Other Half was hit hard last month by government-mandated closures of non-essential businesses when the state of the world reached a point where any can sale it had would’ve resulted in the typical line outside its warehouse stretching into Manhattan based on recommended social distancing guidelines.

After assessing the situation, the brewery dreamed up a way to keep the people of New York City well-stocked by offering delivery to select neighborhoods on a daily basis—a development that I have taken full advantage of.

May have gone a tad overboard trying to support my local brewery during these tough times pic.twitter.com/sfHIWz752L

However, not every brewery has the same luxury that Other Half does, so they also took a look at the bigger picture and decided to try to help the industry as a whole in the form of a beer called “All Together.”

After coming up with the recipe, Other Half announced it would be brewing the IPA and donating proceeds from its sale to the Restaurant Workers Community Foundation, which has put together a fund to help out people in the hospitality industry who’ve been impacted by the current situation.

They didn’t stop there, as Other Haf also released the recipe online and called on other breweries to start producing it as well to help support similar causes, which over 550 have already done.

I didn’t have to think twice about throwing a few four-packs in the cart when I reupped my supply this week because A) Other Half rarely lets me down B) It’s for a good cause and C) Mediocre beer is still beer.

Fortunately, after trying it, I can safely say you don’t have to worry about that last part, as this would be worth tracking down even if there wasn’t a charitable aspect. 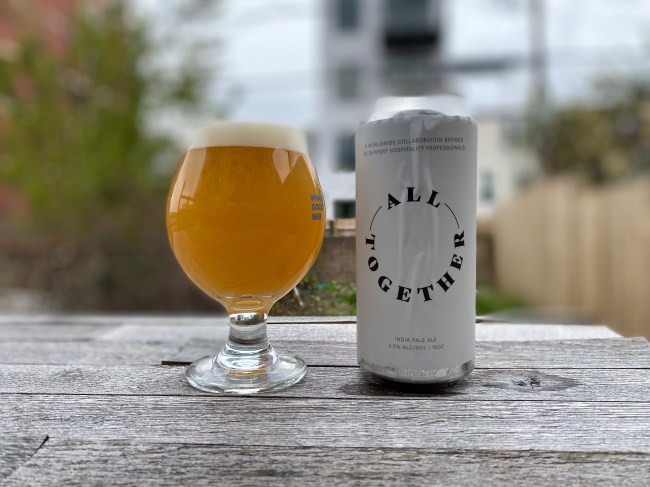 Other Half’s beers tend to skew toward the fruity and juicy end of the spectrum but All Together strikes a nice balance, as it’s got a fair amount of citrus in addition to a slight earthiness. It’s also a bit more accessible than some of the boozy hop bombs that have made the brewery so sought-after, and even though 6.5% is far from “light,” it’s an easy and refreshing sipper that won’t tire out your palate.

Every brewery involved is obviously operating on its own unique timeframe, but if you want to help support whatever cause your local one is getting behind (or just want a damn good beer in a time when we could all use one or four), you can check out the website to find one near you.