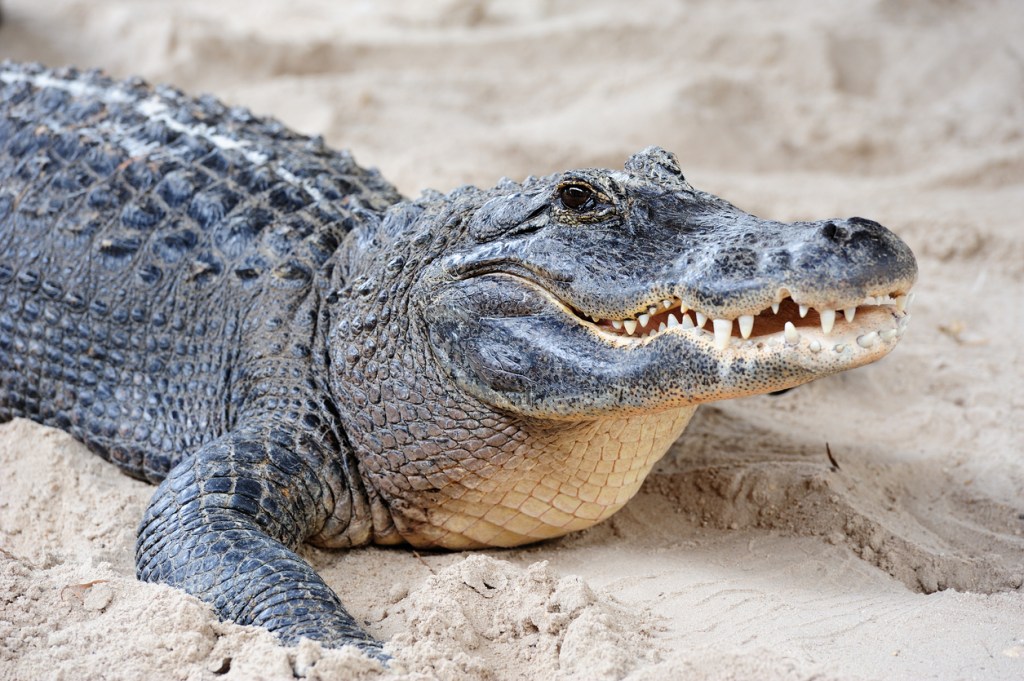 If you are scared of alligators then just leave now. Seriously. This footage is pretty disturbing and I don’t want to be the guy who gives you nightmares about alligators.

This incident took place at the Scales and Tails Utah zoo. One of the alligator handlers was viciously attacked by a gator in the middle of a kid’s birthday and zoo guests had to rescue her after the alligator pulled her into multiple ‘death rolls’.

By far the most surreal aspect of this video is how most of the bystanders (including the kids) were frozen in place watching the attack. It all happened so quickly it was almost as if it was part of the show. Nobody knew how to react. Thankfully, the kids are young enough and likely won’t remember seeing this.

The unidentified alligator handler was rescued by a man named Donnie Wiseman who threw his body on the alligator to get it to stop rolling. He then received instructions from the employee on the next steps. The gator finally releases its grip and they’re able to get out of there

The Scales and Tails zoo shared two updates on Facebook after the incident:

“We want to send a huge shoutout to Donnie Wiseman and Todd & Amy Christopher! We want to thank them for their heroism. Working with some of these animals has inherent risks that we as the staff accept. Yesterday, the sort of event that we hope never happens happened. One of our gator handlers got bitten by our large alligator and things took a bad turn.

These gentlemen could have stayed in the safety zone as most of us would, but instead jumped into the situation, of their own volition, and helped secure the alligator. Their help, combined with the training of our staff member, probably saved her life and her limbs. Mrs. Christopher had a nursing background and started first aid prior to the EMT’s arrival and we thank her for that as well. Our staff member is doing well and is in recovery.”

The second update came straight from the injured trainer who is recovering. That one reads:

“I got lucky to land in a hospital that employs what has to be the best orthopedic surgeon in Utah. He was able to improvise and come up with a solution that should result in full use of my hand. I can’t explain the level of admiration I have for that man. I’m being treated aggressively with antibiotics, which I’m thankful the Infectious Disease staff here were prepared to do. Lastly, I’ve had the most wonderful nursing staff that have made me feel safe and comfortable since I got here. I definitely want to thank everyone that has reached out and for doing so, as well; it’s made recovery feel so much more manageable! Thank you!”

I’m going to assume this is the only known alligator attack in Utah in recorded history. It’s possible there are others when someone was attacked by a pet but it’s much more likely that this is the only recorded gator incident in Utah to ever happen.

It sounds like this story will at least have a somewhat happy ending. And that random guest of the zoo is a straight-up hero. Hopping in there and saving her from the vicious attack almost certainly saved her life.