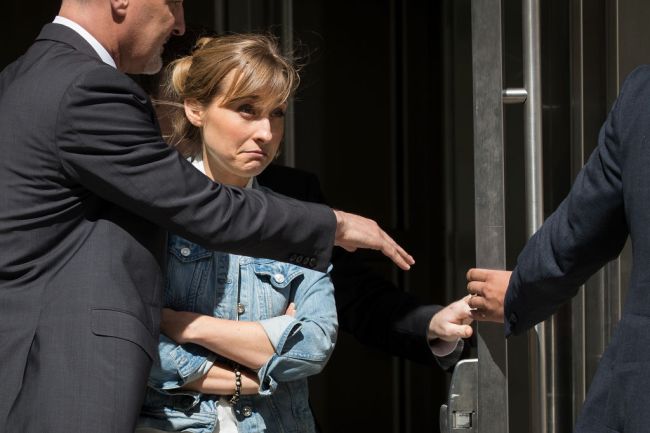 Actress Allison Mack was sentenced to three years in prison on Wednesday on charges that she manipulated women into being sex slaves for the cult-like Nxivm organization.

Mack, who before the sex cult scandal was best known as the actress who portrayed Chloe Sullivan actress on the CW’s Superman-themed Smallville, made headlines for her alleged involvement in the Nxivm sex cult. Nxivm publicly posed as an organization focused on inspirational executive coaching. However, on the inside, the organization was reportedly a cult-like group, where recruits were instructed to worship the sect’s spiritual leader – Keith Raniere.

Prosecutors reportedly said Mack became a “master” for “slaves,” who she ordered “to perform labor, take nude photographs, and in some cases, to engage in sex acts with Raniere.”

Raniere also co-founded Nxivm’s subgroup, “DOS,” which is described as an all-female secret society in which women allegedly were forced to be sexually subservient to Raniere, who was known as “Vanguard.”

The women of the Nxivm subgroup were allegedly forced to take “The Vow,” in which “slaves” were branded with Raniere’s initials on their pubic area and required to pledge a lifetime of obedience to their “masters.”

Mack pleaded guilty in April 2019 to felony counts of racketeering and racketeering conspiracy for her actions in the Nxivm sex cult.

According to government documents, Mack provided information to prosecutors about how Raniere encouraged “the use of demeaning and derogatory language, including racial slurs, to humiliate ‘slaves.’” She also provided authorities an audio recording of the two cult leaders discussing the psychological reasons for branding the women in the cult.

Raniere purportedly told Mack that the branding should involve “a vulnerable position type of a thing” with “hands probably above the head being held, almost like being tied down, like sacrificial, whatever.” Raniere said that the women “should say, ‘Please brand me. It would be an honor.’ Or something like that.”

In October 2020, Raniere was sentenced to 120 years in prison following his conviction on federal sex trafficking charges and other crimes.

At her sentencing in Brooklyn federal court, Mack renounced Raniere and said she was filled with “remorse and guilt.”

“I made choices I will forever regret,” she said, adding that devoting herself to the sex cult “was the biggest mistake and greatest regret of my life.”

“I am sorry to those of you that I brought into Nxivm,” she wrote in a letter to the victims of the Nxivm cult. “I am sorry I ever exposed you to the nefarious and emotionally abusive schemes of a twisted man.”

U.S. District Judge Nicholas Garaufis sentenced Mack to three years in federal prison, and she will also have to pay a $20,000 fine.

Mack had faced a maximum of 40 years in prison, though federal sentencing guidelines called for a sentence between 14 and 17 1/2 years. The U.S. Attorney’s Office in Brooklyn opted for a more lenient sentence since Mack had cooperated with authorities in bringing Raniere to justice.