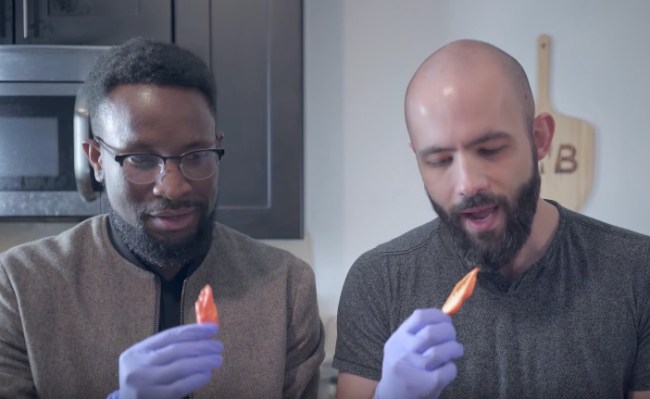 The Ice Bucket Challenge was most successful guerilla/viral fundraising campaign in U.S. history with more than 1 in 6 people in America participating in some way or another. The ALS Association received over $100 million in donations to fund research combatting amyotrophic lateral sclerosis, aka Lou Gehrig’s Disease, aka ALS.

Andrew Rea is the man behind ‘Binging With Babish’, one of the most successful YouTube channels on the Internet. He put this video up today, debuting the Ghost Pepper Challenge in honor of his friend Garmt van Soest who passed away on October 23rd after fighting ALS. Andrew’s created a GoFundMe seeking to raise $10,000 to fund ALS research in honor of his friend.

Here’s the basis for the new Ghost Pepper Challenge which, oddly enough, doesn’t explicitly require anyone to eat ghost peppers:

The video itself opens up with an explanation of how Andrew met Garmt van Soest and what that friendship meant to him. The challenge itself starts around the 4:15 mark where he and a friend each eat a Ghost Pepper, which was previously the hottest pepper in the world.

If you want to get involved and help raise money to fund ALS research you can take the Ghost Pepper Challenge and follow those instructions above. You can also donate to Andrew Rea’s GoFundMe HERE.