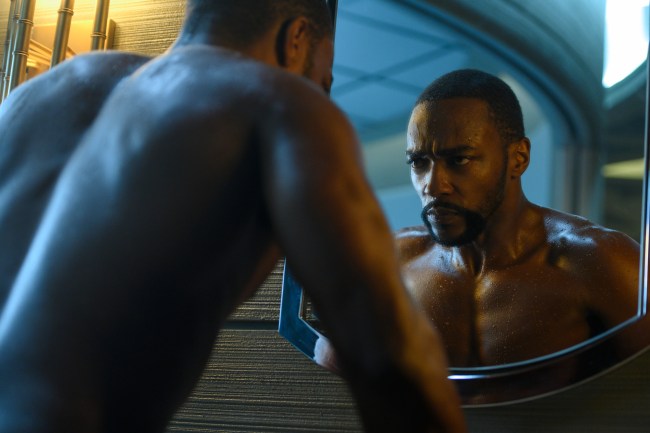 I’ve been waiting for the Altered Carbon Season 2 trailer to drop for months (years?!). Season 1 premiered on Netflix back in 2018. I’d put Altered Carbon and Godless tied at #1 in 2018 for my favorite TV shows released that year and it’s probably not a coincidence they were both Netflix shows because the production value on both was out of this world.

If you watched Season 1 of Altered Carbon then you probably already have the answers to the questions in your head. How can Anthony Mackie, best known for playing Falcon in the MCU, suddenly show up as the lead character Takeshi Kovacs? Well, the entire premise of the show is consciousness/soul/someone’s essence can easily be slipped into another body.

As for when and where Season 2 of Altered Carbon will take place, that’s not readily apparent in this first teaser trailer but I’m stoked that we FINALLY have some footage of the forthcoming season which will be released on Netflix for streaming on February 27, 2020.

I love Anthony Mackie. What’s there not to like about him? I’m very much looking forward to keeping up with him on Disney+ original The Falcon and the Winter Soldier. But I really f’n loved Joel Kinnaman in the role of Takeshi Kovacs. He was perfect in that character’s skin. So I think it will take some time for Mackie to win me over in his new role.

Altered Carbon Season 2 will feature 8 episodes versus 10 in season 1 and according to IMDB, the two main characters will who make the jump from Season 1 to Season 2 are Poe played by Chris Conner and Quellcrist Falconer played by Renée Elise Goldsberry.