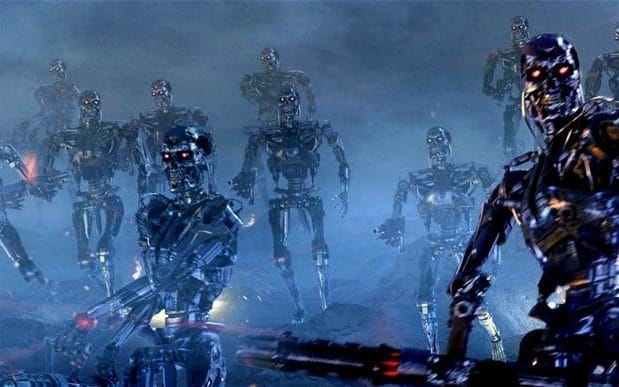 A total of 54 Amazon employees were injured by a robot at a warehouse in Robbinsville, New Jersey. A 9-ounce can of bear repellent fell off a shelf at an Amazon warehouse. Then a robot “accidentally” punctured the can. The repellent is made of capsaican, the active component of chili peppers, but this one is strong enough to scare away ginormous bears so exposure to the potent repellent in a closed area immediately affected the Amazon workers.

Let’s take a look at the scene of the Amazon warehouse.

The irritant caused 80 people to complain of irritated eyes and throat while 24 people were sent to local hospitals, one employee was taken to the intensive care unit at Robert Wood Johnson Hospital and intubated. That employee was in critical condition. The 30 other Amazon workers were treated at the scene. An Amazon spokeswoman said all affected employees had been or were expected to be released within 24 hours. No word on if the Connor family is safe or not.

“The safety of our employees is our top priority, and as such, all employees in that area have been relocated to a safe place and employees experiencing symptoms are being treated onsite,” Amazon spokeswoman Rachael Lighty said in a statement. “As a precaution, some employees have been transported to local hospitals for evaluation and treatment. We appreciate the swift response of our local responders.”

“Amazon’s automated robots put humans in life-threatening danger today, the effects of which could be catastrophic and the long-term effects for 80 plus workers are unknown,” said Stuart Appelbaum, the president of the Retail, Wholesale and Department Store Union. Amen. Our dystopian demise by the cold, steel hands of our robot overlords is coming unless we act now.

The robot that unleashed the bear repellent also issued a statement:

This is the first battle in the robot uprising, but on the plus side at least there are no bears in the warehouse.

RELATED: Facebook Shuts Down AI System After Inventing Its Own Language And The Robot Uprising Begins