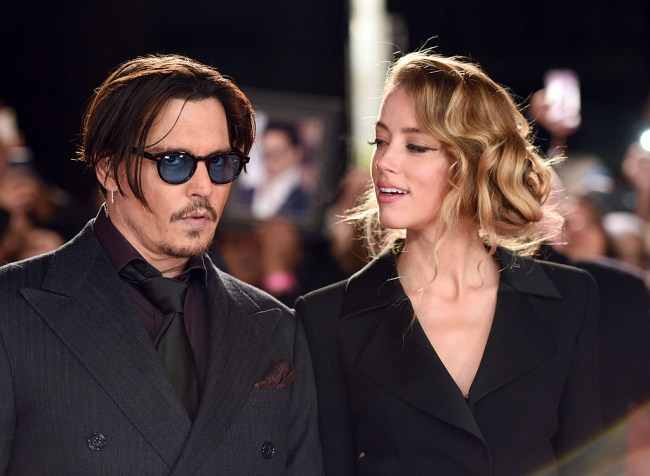 Amber Heard and Johnny Depp reached a divorce settlement on August 16, 2016, but the messy celebrity separation is still a fiery war of words. Bombshell audio has been released where Amber Heard confesses that she physically attacked Johnny Depp, even throwing pots, pans and vases at her then-husband. The audio has prompted the hashtag #JusticeForJohnnyDepp to trend on Twitter.

The audio is from a two-hour therapy session in 2015 when the celebrity couple attempted to fix their toxic marriage. The explosive audio, which was published in the Daily Mail, has Heard talking about getting “physical” and “hitting” Depp.

Here's the audio where Amber Heard mocks Johnny Depp for calling for help while she was abusing him, she then loses her temper and fully admits to abusing him but proceeds to shame him again.

“I’m sorry that I didn’t, uh, uh, hit you across the face in a proper slap, but I was hitting you, it was not punching you. Babe, you’re not punched,” Heard said in the revealing audio. “I don’t know what the motion of my actual hand was, but you’re fine, I did not hurt you, I did not punch you, I was hitting you.”

“I’m not the one who throws pots and whatever the f*cking else at me,” Depp said.

Depp: there can be no physical violence
Heard: I can’t promise I won’t get physical again.
Then she has the nerve to accuse him…

Situations like this prove that we can’t just believe every abuse claim. There has to be proof. #JusticeForJohnnyDepp #AmberHeardIsAnAbuser pic.twitter.com/yOP5w1DGKc

The 56-year-old Pirates of the Caribbean star told his then-wife, “Baby, I told you this once. I’m scared to death we are a f*cking crime scene right now.” Depp admitted that he pushed Heard.

After the audio of Heard admitting she physically assaulted Depp, the hashtags “#JusticeForJohnnyDepp” and “#AmberHeardIsAnAbuser” began trending on Twitter.

The couple met on the set of the 2011 movie The Rum Diary, they got married in 2015, and were divorced less than two years later. Heard filed a restraining order against Depp and alleged that he threw a cellphone at her face. Depp paid Heard a divorce settlement of $7 million, which she donated to charity.

In 2018, Heard wrote an article in The Washington Post that discussed domestic violence. Although Depp was not named specifically, most assumed the subject of the article was Depp. Johnny claimed that the article hurt his reputation and caused him to lose his infamous role as Captain Jack Sparrow in a Pirates Of The Caribbean film. Depp filed a defamation lawsuit against Heard for the WaPo article in 2019, suing her for $50 million. The case will be heard this year.