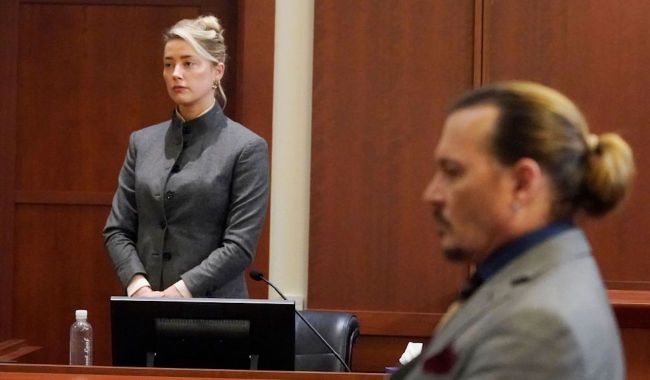 Speaking to NBC’s Savannah Guthrie for her first sit-down interview following her defamation trial loss to her ex-husband Johnny Depp, 36-year-old actress Amber Heard said that she still “loves” Depp and that she harbors no “bad feelings or ill will” towards him.

“I love him. I loved him with all my heart,” Heard told NBC’s Savannah Guthrie. “And I tried the best I could to make a deeply broken relationship work. And I couldn’t. I have no bad feelings or ill will towards him at all. I know that might be hard to understand, or it might be really easy to understand.

Watch all of part two of @SavannahGuthrie's exclusive interview with Amber Heard, in which Heard discusses her future, fears about new defamation lawsuits and whether she still “has love” for Johnny Depp: pic.twitter.com/xr3EX9se6K

Heard’s comments about not having “ill-will” towards her ex-husband came from the same interview in which she implied that Depp was such a good actor that he convinced people that Edward Scissorhands really had “scissors for fingers.”

The actress wasn’t the only person involved with the trial to speak to the media this week, as one of the jurors — who remains unidentified — told ABC News that Heard, who the jury thought was the “aggressor” in the relationship, made the jurors “uncomfortable” and that they didn’t believe her “crocodile tears.”

As for Depp, following his trial victory (and his emphatic win in the court of public opinion), he’s already announced that he and Jeff Beck will be releasing a new album later this Summer. Depp’s first post-trial *film* project, though, is sure to be a much bigger headline.