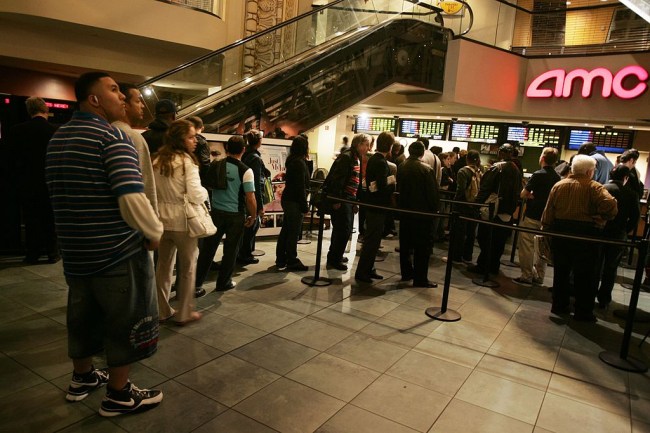 On the verge of being legally allowed to open for the first time since mid-March, AMC Theaters has announced they will not be requiring patrons to wear masks when they re-open. Why, you ask? Well, because they “do not want to be drawn into a political controversy.” Oh…. oh boy.

Speaking to Variety, head-in-his-ass CEO Adam Aron — who stated that AMC will be opening 450 theaters on July 15 — praised the company for “not rushing to re-open.”

“We didn’t rush to reopen,” AMC CEO and president Adam Aron said. “There were some jurisdictions in some states, such as Georgia and Texas, that allowed people to reopen theaters in mid-May. We opted to remain closed, so we could give the country time to get a better handle on coronavirus. We wanted to use this time to figure out how best to open and how to do so safely,” Aron told Variety.

Great job, Aron! You guys NAILED it! Now, how about those masks?

“We did not want to be drawn into a political controversy. We thought it might be counterproductive if we forced mask wearing on those people who believe strongly that it is not necessary. We think that the vast majority of AMC guests will be wearing masks. When I go to an AMC feature, I will certainly be wearing a mask and leading by example,” Aron said.

Only in these United States of America in the year 2020 can literally scientific facts from various doctors and experts somehow become politicized.