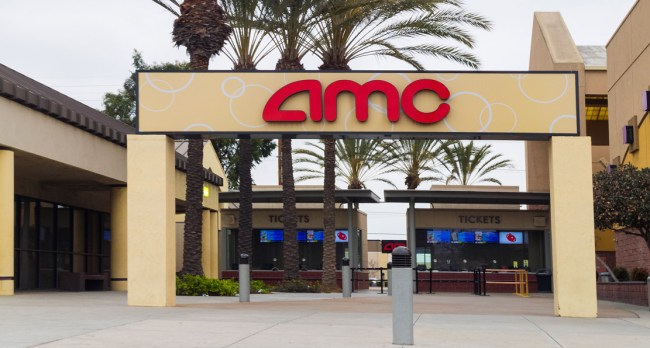 AMC Theatres has been one of the most outspoken critics of movie ticket subscription service MoviePass since they began doing business. And now, AMC is backing up their hard talk by going directly at MoviePass with their own new $20 a month AMC Stubs A-List program.

MoviePass, which recently passed the three million subscriber threshold, has an unusual business model in which they allow their subscribers unlimited access to movies for just $9.95 per month, while they pay theaters the full price for the tickets on the backend. How they make money is still a mystery to everyone, but they must be making it somewhere because MoviePass recently bought Moviefone. No word yet on whether they plan to bring back Cosmo Kramer to answer calls.

AMC Theatres’ new ticket subscription service begins on Tuesday, June 26th, and those who join the AMC Stubs A-List program will be able to watch up to three movies per week, along with all the benefits of AMC Stubs Premiere, for $19.95 (plus tax) per month.

It can also be used at any AMC location, and for any format — including IMAX at AMC, Dolby Cinema at AMC, RealD 3D, Prime at AMC and BigD.

AMC Stubs A-List members also enjoy all the benefits of AMC Stubs Premiere, including free upgrades on popcorn and soda, free refills on large popcorn, express service at the box office and concession stand, no online ticketing fees and 100 points for every dollar spent (members receive a $5 reward for every 5,000 points earned).

“We believe that our current and future loyal guests will be interested in this type of program, as AMC Stubs A-List rewards guests with something that no one else offers: the very best of AMC, including IMAX, Dolby Cinema and RealD 3D up to 3 times per week, for one simple, sustainable price,” said Adam Aron, CEO and President, AMC Theatres.

Aron added, “Since its inception in 2011, AMC Stubs has continued to evolve to meet the needs of its customers, as it did in 2016 when we introduced the free tier, AMC Stubs Insider. AMC Stubs A-List is AMC’s next evolution of delivering amazing benefits to our loyal customers, and we’re excited to continue to grow the program by leaps and bounds.”

Timed for traditional new movie openings, each and every “week” starting from Friday through the following Thursday, AMC Stubs A-List members can see up to three movies at any U.S. AMC location through their A-List membership, however there is no carryover from week to week, if fewer than three movies are seen. You can even see all three movies on the same day, with a two-hour buffer in between each showtime. And they can see individual movies they have previously seen.

More information about AMC Stubs A-List can be found at AMCStubs.com/AList.