This Is The Most Sampled Loop In Music History, Used By Everyone From David Bowie To Skrillex 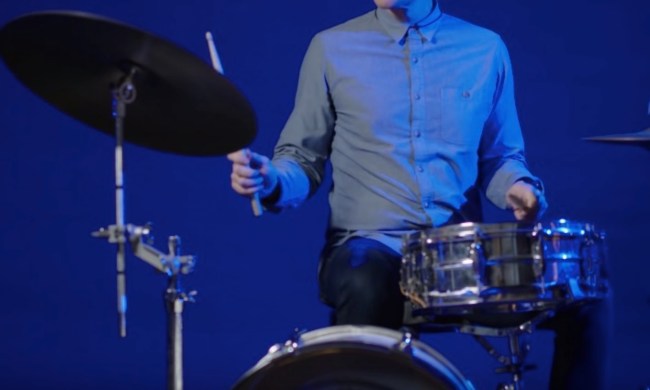 You have 100% heard this music sample before. It’s been used by musicians from Salt-N-Pepa to David Bowie to Skrillex, and it’s designated as the most sampled loop in the Music industry’s history.

It was first recorded back in 1969 and you’ll probably recognize it in an instant. Great Big Story put together this clip telling the history of how a 6-second sample from ‘Amen, Brother’ by The Winstons in 1969 became the most sampled loop ever known as the ‘Amen break’.

If you’re a fan of music then you’re going to love this. It tracks how this 6-second clip from The Winstons was lost for years until it was uncovered by Louis Flores aka ‘Breakbeat Lou’, a Hip-Hop pioneer. Lou shared this 6-second solo on a compilation which caught the attention of producers across the industry.

Let’s check out this crazy story:

By the way, here’s the full 2.5-minute version of the song in case you want to listen to it. You might as well know what the full version sounds like, right? You’ve already heard the sample a thousand times.

What’s craziest about this to me is that neither the drummer nor the copyright owner of the ‘Amen break’ have ever received any royalties from this sample. They’ve also never sought royalties which could explain that, but still. You’d think that because they’re currently alive and this is the most sampled loop ever there would be some exchange of money at some point.

This 6-second piece of music is believed to have been sampled more than 3,000 times. I don’t know what royalties payment structures look like these days but I have to believe the musician + copyright holder could get PAID if they wanted to.