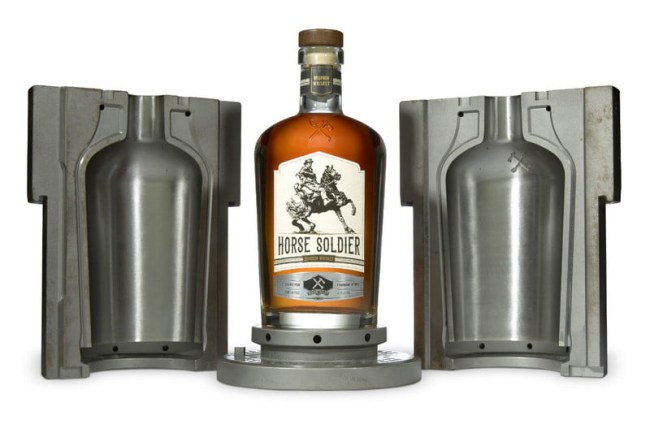 American Freedom Distillery wanted to pay their respects to the thousands of people who lost their lives from the attacks on September 11th, 2001, as well as those who fought to keep America safe after 9/11. They found a subtle way to put a piece of the World Trade Center into every one of their bottles of bourbon. The distillery was able to obtain a piece of steel from the Twin Towers and crafted the damaged metal into a mold for their bottles of bourbon.

American Freedom Distillery is a liquor company that was started up by three retired Green Berets. Scott Neil, Rob Schaefer, John Koko, and Tyler Garner started their craft distillery two years ago in St. Petersburg, Florida. They make a silver rum called “Rekker, that is a modern play of an ancient Nordic word that means “warrior,” perfect for a spirit made by these three fighting machines. They also make a bourbon called “Horse Soldier,” which honors the small band of Special Forces soldiers who secretly entered Afghanistan after 9/11 and were instrumental in stopping the Taliban from expanding. And they did so all on the back of horses. You may have seen the movie 12 Strong that told some of their incredible efforts.

The three men were part of the small force tasked to defeat the Taliban in Northern Afghanistan in 2001, eventhough they were outnumbered and on horseback. The tragic events of 9/11 are very important to the founders of the American Freedom Distillery. So starting this month, American Freedom will bottle their Horse Soldier Signature Bourbon in bottles pressed in molds made from a piece of steel from the World Trade Center. The glass bottles are molded at the Anchor Glass company in Georgia to keep it all in America.

This is not just a marketing ploy for American Freedom because a portion of the proceeds of every bottle of Horse Soldier Bourbon goes towards maintaining America’s Response Monument, nicknamed the Horse Soldier Statue and subtitled De Oppresso Liber. The life-and-a-half scale bronze statue is located in Liberty Park overlooking the National September 11 Memorial and Museum in New York City.

American Freedom Distillery also contributes to the Warrior Sailing Program that helps veterans deal with PTSD and injuries, the Green Beret Foundation that provides continuous support to the Green Beret community and its families, and the Armed Forces Families Foundation that provides care for those who care for our freedom. American Freedom Distillery offers daily tours, an education center, a distillery shop, plus bar and restaurant called America Neat.