Suck It, Canada: Survey Says That Americans Are Nicer Where It Matters Most — In The Air 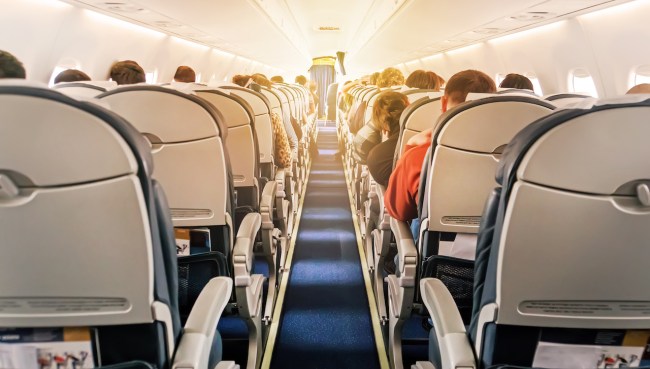 First the Kevin Durant injury cheering fiasco, now this: Canada’s reputation as the “nice guys” of North America has certainly suffered this past week.

According to an airplane etiquette survey conducted by the fine folks over at Expedia, it is AMERICANS, not Canadians, that are the friendliest when flying the friendly skies.

The survey, published earlier this week, delves into various common in-flight scenarios (baby crying, someone kicking your seat, etc.) and asked both Americans and Canadians how they’d react to said situations.

And who woulda guessed it, but it’s the fine folks of the United States of America who were deemed to be the more pleasant of the two people when planing 30,000 feet above the air.

Instead of digging into the survey yourself, we’ve decided to just pull all of the best tidbits for you, via Expedia:

-Americans (42%) are the most willing to change their seats (vs. 33% of Canadians) so another party can sit together.

-Nearly half of Americans expressed they’ve helped someone lift their luggage into the overhead compartment (48% vs. 41% globally), and 41% believe you should almost always step in to help another passenger struggling with a heavy bag.-

-21% of Americans have helped entertain other travelers’ children compared to only 14% of Canadians.

-45% of Americans believe politely speaking with a seat kicker is the best way to address this annoyance, and another 16% wouldn’t even do anything because they assume it’s not intentional.

-Globally, 45% of passengers get straight to the point and ask a seat neighbor hogging the armrest to make room for them, while only 35% of Americans would take this course of action.

Perhaps the most shocking is the statistic that 90% of the Americans who were surveyed claimed to have never been drunk while flying to “avoid being one of the commonly cited ‘most annoying’ passengers.”

Now, that statistic certainly says more about Americans’ ability to hold their liquor and less about our alcohol purchasing habits while flying because I know more than 1 out of every 10 Americans orders a drink at some point of their flight, especially considering that flights are usually for business, pleasure, or seeing family — all of which require a stiff drink at some point.