A Majority Of Americans’ Preferred Method Of Coping With Stress Is Cursing Up A &#%!@ Storm 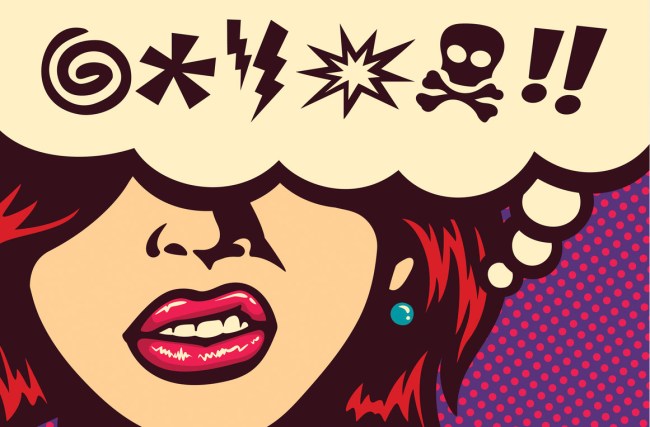 The average American utters their first curse word of the day at 10:54 am, according to new data.

A study into the everyday stress and frustration of 2,000 Americans aimed to explore how much stress Americans take on and how exactly they deal with it.

Having a bad day? You might be one of the one in four Americans who can’t get past 9 a.m. without cursing most days, while the majority of respondents swear before 11 a.m.

Perhaps the number of potty mouths isn’t too surprising considering that cursing is the most common way to express stress and frustration, according to the results of the study. 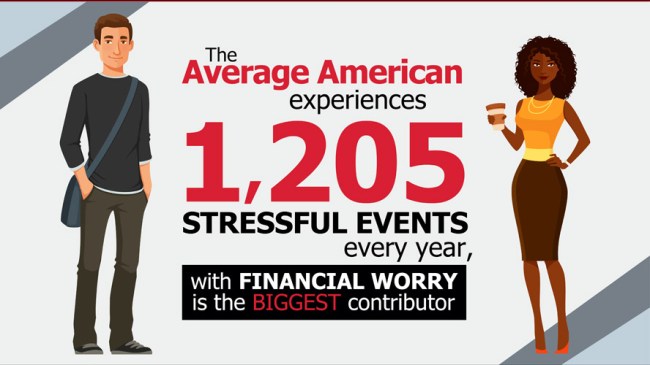 The survey, conducted by 9Round Kickbox Fitness, found financial worry to be the biggest cause of stress and frustration among Americans (56 percent).

Followed by such time-honored stress-contributors like not getting enough sleep (36 percent), health concerns (35 percent) and work (30 percent).

But some Americans are stressed and frustrated about things that one might not expect.

For instance, one in ten (9 percent) listed the environment as a source of stress and frustration for them and four percent actually said the national deficit stresses them out. A curious three percent said they’ve been stressed about the national deficit within the past week. 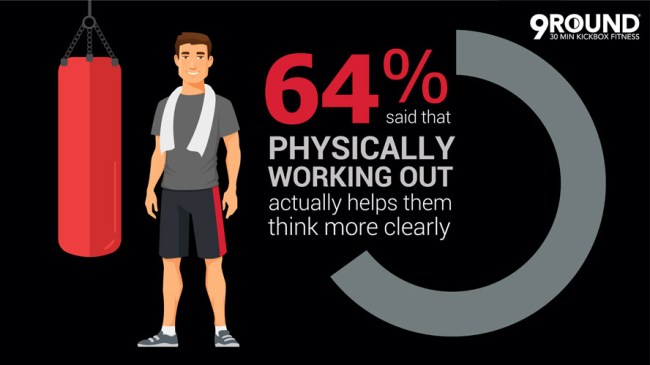 The bar is low, as even something as mundane as slow WiFi is enough to send 52 percent of Americans into a tizzy of frustration.

Stress is an inescapable part of life it seems, with the average American experiencing 1,205 stressful events every year, according to the results. 57 percent of Americans even believe their life is just always going to be stressful.

As mentioned above, cursing is the most popular way people express their frustration, with 63 percent saying that’s how it manifests for them most frequently. Yelling is another popular method of relief (49 percent) and then, sadly enough, crying (39 percent).

So, with stressful events piling up in the thousands every year, how do we cope with it?

Listening to music is the most popular way of dealing (50 percent), followed by watching TV/movies (47 percent) and physical exercise (40 percent).

“People of all ages face stress every day and it can be difficult to find effective and healthy ways to cope,” said Shannon Hudson, CEO and founder of 9Round Kickbox Fitness. “While listening to music or watching TV can be relaxing, one of the best ways to reduce tension is through regular exercise because it improves both physical health and overall well-being. When you are physically and mentally strong, you are better equipped to handle life’s frustrations.”

Forty-seven percent of Americans reported that they’ve worked out after a long, stressful, frustrating day and of those that have, nine in ten report it helped them feel less stressed. 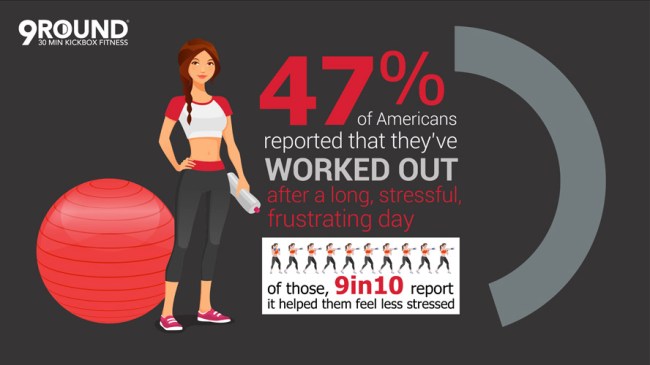 Physical exercise has many benefits, both mental and physical. 64 percent of the 2,000 respondents said that physically working out actually helps them think more clearly.

But free time does not come easy for many Americans, as half (49 percent) say they don’t have enough time in the day to do everything they want, or even need.

So, it’s no surprise that exercise can take a backseat, with one in four saying they don’t workout regularly because they simply don’t have time.

“We understand busy schedules and limited time constraints that’s why at 9Round we don’t offer set class times,” added Shannon. “Members are welcome to complete our 30-minute kickboxing circuit on their own schedule and get a great, stress-relieving workout seven days a week. Our workouts change daily and you can burn up to 500 calories each session.” 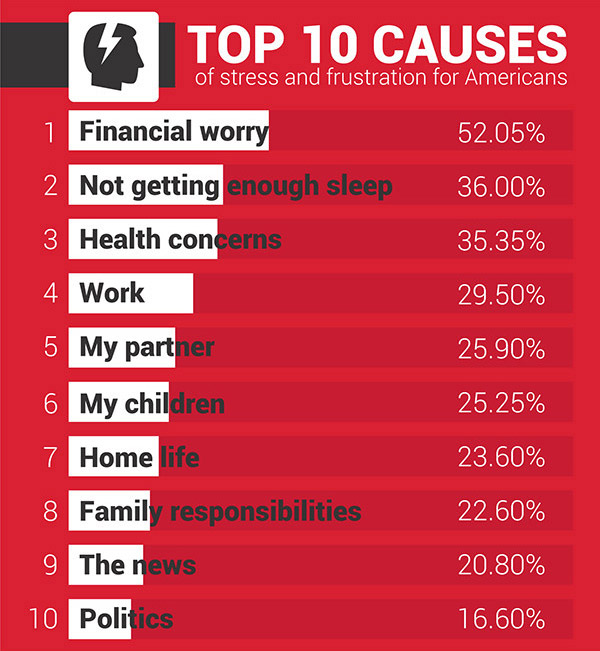