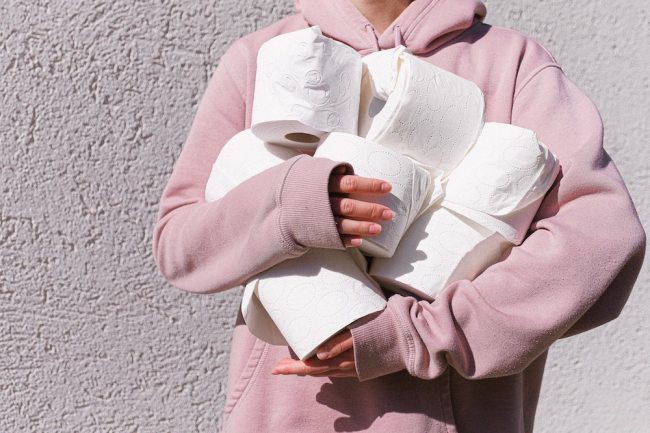 Photo by Anna Shvets from Pexels

“There’s no big apocalypse. Just an endless procession of little ones.” – Neil Gainman

I was at the grocery store the other day, stocking up on a few weekend essentials, like beer, chips, and a couple of steaks. It was a big step for me. Going out in public has been something I’ve been trying to avoid ever since America was struck down by this lung-thirsty virus. I mean, if it can nail guys like Maynard James Keenan, then what chance do I really have of making it out unscathed? Germs just give me the heebie-jeebies.

But hey, my doctor prescribed me some pills to help alleviate those flip-out moments I often experience when someone starts hacking up a lung in my vicinity. They’ve made it easier to tempt fate on occasion, which is what brought me to pushing around a shopping cart on a Sunday in a market chock full of red hats and sickos.

It was nice to see that most people were masked up, though – evidence that a high percentage of the population is still in pandemic survival mode. However, others were exercising their so-called personal freedom, coughing, and wheezing in the aisles like the first few minutes of a movie where everyone except a man and his mangy dog gets sick and drops dead. What is wrong with you people? Not even my trusty bottle of chill pills was going to tolerate such a patriotic petri dish of American dumbass.

But honestly, that wasn’t even what I found curious about my visit. What struck me as odd is that the shelves were looking a little skimpy. Even though previous reports have alluded that Americans have finally gotten over their bat-shit crazy, the world is about to end, hoarding mentality, it seemed like maybe a select few were still a little manic with their shopping endeavors.

Don’t get me wrong, there was still plenty of toilet paper to be had, and a man could walk out with a case of water if he wanted to. But the overall stock was thin. I don’t know. Call me paranoid, but it just looked as though something malevolent was on the horizon. Like perhaps another wave of the pop-panic we saw last spring was on the verge of coming unhinged. And I remember how it left me then. Have you ever wiped your ass with fast food napkins for two weeks straight? I have! I don’t mind telling you that I grabbed some extra TP and got the heck out of dodge. Better safe than sorry. Grocery stores are weird.

The next day, I was floored.

I saw an article from USA Today suggesting that Americans were getting nervous about the outcome of the upcoming election, not to mention the potential for a second wave of sickness, and were beginning to stockpile food and toilet paper again. “Holy crap,” I thought to myself. I was right. I felt like a prophet of provisions.

Sure enough, the article pointed to a recent poll from the Sports and Leisure Group showing that the American people are actually scared that a resurgence of the pandemic might force them back into lockdown, so they are preparing. Some are concerned that the violent reverberations of the presidential election might have a similar effect. Presumably, a small group is even a bit nervous that a UFO strike could happen right before the holidays, and we’ll all become slaves of an alien civilization. All in all, Americans have PTSD stemming from the deranged year that is 2020, so they are stocking up again just in case the shit hits the fan. It means the nation could soon find itself smack dab in the middle of another supply shortage. And while these scarcities might not be as savage as the ones we experienced during the mandatory lockdowns back in March and April, it could still make it challenging to get the things that we need.

What’s funny is reports like this one will only perpetuate the bedlam. The moment the population expects they will have to fight to keep their heinies clean, they are going to raid grocery shelves with the intensity of a midnight tornado. It’s up to you to determine which side to stand on this time around – common sense or sheer stupidity. After all, reports also show that distributors have been working like fiends to keep the supply chain humming along. Their warehouses are stocked just in case inventories get rattled by the winter months. All we’re saying is you might not need to run to the store immediately after reading this article to grab more toilet paper, canned goods, and a year’s supply of chicken wings. Or maybe we’re just saying that to keep you out of the way. Just don’t ask to see our pantries. There’s nothing to see here.