America’s Favorite On-Screen Pet Has Been Chosen And, No Surprise, Dogs Dominate The Top 30 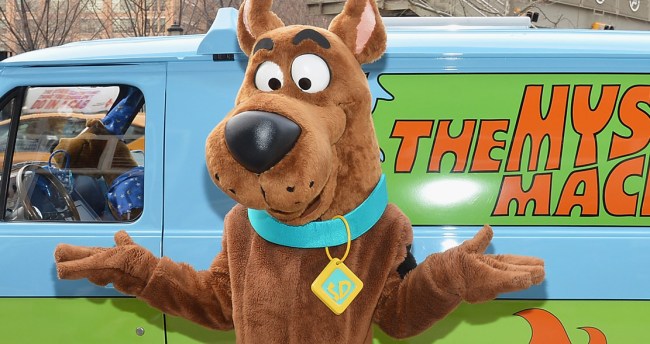 The results were unearthed in a study of 2,000 Americans which explored our deep love of pets and saw America’s love of dogs all over the list of our top 30 on-screen pets of all time.

Results saw classic screen dogs Toto, Lassie, and Beethoven, all landing in the top 10, according to the study by OnePoll in conjunction with Wagz.

The research also showed that our love of animals is greatly encouraged by on-screen appearances, with over half (53 percent) having fallen in love with their first on-screen pet between the ages of five and ten.

Nearly half (49 percent) of those polled think that their love for a TV or movie pet has influenced the pets that they have now. In fact, Americans are so pet-obsessed that a whopping 38 percent have gone so far as to name their pet after an on-screen animal.

On-screen pets seem to have been a positive influence on the lives of Americans – with 56 percent claiming that TV and movie pets have positively effected how they interact and care for animals in real life.

While our love of pets has presumably been developed through exposure with and fondness of TV and movie pets, it’s indubitably the companionship and unconditional love that sustains the devotion for our pets in real life.

“It’s no secret that Americans love their dogs. Whether this affection has been ingrained in us from childhood movies, or is a direct result of their unwavering loyalty; our dogs are as important to us as our family members,” said Terry Anderton, CEO at Wagz, Inc., a connected pet lifestyle company that has built a revolutionary system of smart pet products for busy dog owners.

In fact, pet owners love their pets so much that 94 percent view their dog as a part of the family. So much so, that 81 percent agree that they treat their dog like their own child.

And just like with a child, spoiling our furry friends is something that dog owners confess they do without any shame as dog owners say they spend $54 a month just on non-essential items like treats and toys for their best friends.

The reason dog owners are spoiling their pets is because it brings them tremendous amounts of happiness — with 73 percent expressing joy as their main motivation for doing extra-special things for their dog like celebrating their birthday, purchasing clothes or fashion accessories, leaving the TV or entertainment on specifically for their dog, and including the dog in the family photo.

For dog owners, letting their furry friend sleep near them is a no-brainer, as two in five let their dog sleep with them or another family member.

Besides letting them sleep in the lap of luxury, 92 percent of dog owners talk to their dogs daily with another 17 percent taking pictures of their pups every day.

Dog owners will go out on a limb for their dogs, but with love, comes worries. which is why the number one worry among dog parents is their pup’s health and life expectancy.

Happiness/demeanor, cleanliness/hygiene, comfort level with other dogs and people, weight/physical activity, energy level, behavioral issues, and ability to entertain themselves were all common concerns among dog owners.

“It’s clear that there has been a huge shift in the way people care for and love their pets. Wagz is reinventing how people connect with their dogs – so the real-life worries that come along with modern dog ownership can be a thing of the past. Our smart feeder, door, collar, treat dispenser and food, all work together with one app to cover the most pressing needs of pet parents. It’s a system built to eliminate hundreds of worries so dog owners can connect with – and enjoy – their pet more.”