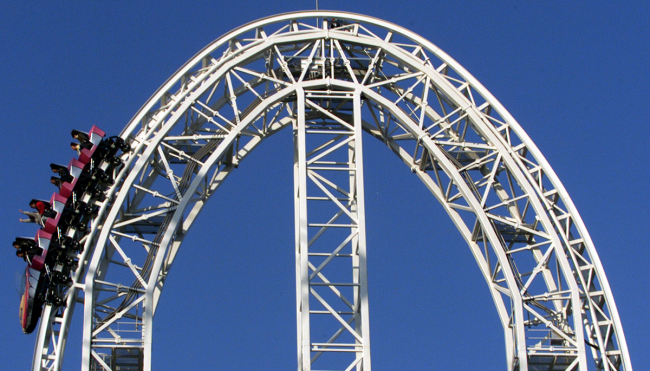 In 2010, a student angling for a doctorate at an art college in London who presumably spent a good chunk of their childhood terrorizing unsuspecting guests on Roller Coaster Tycoon unveiled his design for the Euthanasia Coaster, a “hypothetic death machine” boasting enough g-forces to kill anyone who hops aboard.

While that ride remains unconstructed, a theme park in Japan has spent the past two decades letting guests get a taste of what they might experience with Do-Dodonpa, a 161-foot tall ride that once held the title of “world’s fastest roller coaster” thanks to the “super death” acceleration that takes riders from 0 to 112 MPH in 1.6 seconds.

However, according to Vice, any visitors who’ve headed to Fuji-Q Highland Park with the hopes of taking Do-Dodonpa for a spin in the past week or so have been denied the opportunity, as officials were recently forced to shut down the attraction after no less than six guests completed their ride sporting broken bones that were intact when they strapped in.

The park has conducted an investigation with the help of the company that designed Do-Dodonpa but was unable to discover the reason why riders—four of whom had bones in their neck or back broken—have suddenly fallen victim to the breakneck speeds. The outlet spoke to an architecture expert who said these kinds of accidents are “unheard of” due to the governmental regulations amusement parks in Japan are forced to abide by, but they speculated the guests who were injured may have been sitting incorrectly while being subjected to the same forces astronauts are treated to when they’re thrust into space.