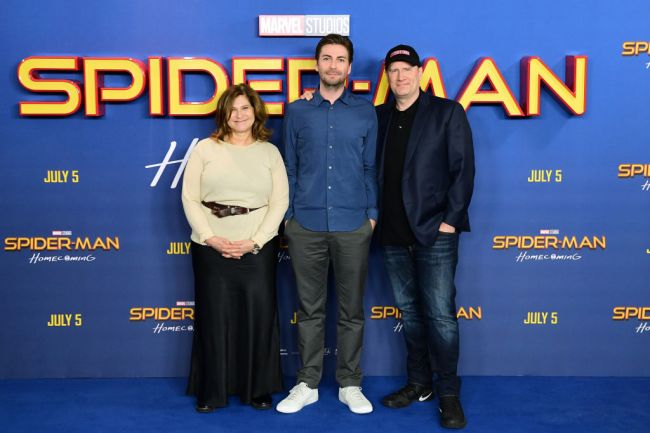 I actually remember exactly where I was when I learned that Spider-Man was going to join the Marvel Cinematic Universe. It was my fifth year of college at Rutgers University (shout out to all my fellow victory lappers out there) and I was down in Atlantic City. And… that’s about all I remember from that night. And let me tell ya, I haven’t been to Atlantic City since college and I’ll hopefully never go back again, so that should give you a little insight into how that night ultimately went. But I digress.

A couple of years later, Tom Holland’s Spider-Man made his MCU debut in Captain America: Civil War, and the rest, as they say, is history. Marvel and Sony have now churned out three Spider-Man films together, with the latest, No Way Home, breaking all sorts of records.

It wasn’t always sunshine and rainbows and billion-dollar movies, though, as Sony producer Amy Pascal and Kevin Feige recently revealed, in a conversation with The New York Times, that Pascal literally hurled a sandwich at Feige when he first suggested that Spidey join the MCU.

It was Pascal who reached out to Feige, after The Amazing Spider-Man 2 underperformed (which is to say it still grossed over $700 million worldwide). Her request was simple: She said, “Help.” Specifically, she wanted him to help her beef up some ideas they had for the character’s future. Feige said he told her, “I’m not good at that — giving advice and leaving. The only way I know how to help is if we just make the movie for you.”

“And then I threw a sandwich at him,” Pascal said.

It was, Feige said, a “pretty low-key sandwich.” But it was clear to him that “she did not like that suggestion.” [Uproxx, via The New York Times]

While Sony ultimately did Marvel Studios a favor by giving them access to arguably their most popular character, there’s no denying that Sony is the one who’s benefited most from this arrangement, as characters in the MCU are virtually guaranteed to make close to a billion dollars with every new movie they put out.