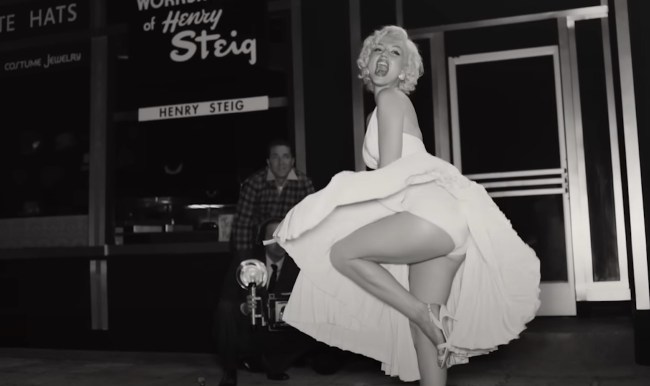 After months of hype, Netflix’s NC-17 rated Marilyn Monroe film Blonde — which stars Ana de Armas as the legendary model and actress — had its world premiere at the Venice Film Festival in Italy.

Speaking to reporters at the Venice Film Festival following the film’s glitzy debut, the 34-year-old de Armas said that starring as Monroe in Blonde has changed her life.

“I did this movie to push myself because I thought it was a gift,” de Armas said at the Venice Film Festival press conference. “And this movie changed my life.”

Director Andrew Dominik certainly hasn’t been shy about the film’s prospects, as his comments about Blonde have ranged from comparing it to Citizen Kane to saying that it’s going to “offend everyone.” At this time, no reviews of Blonde have been published.

The film premiered at the Venice Film Festival on Thursday, September 8, will hit select theaters on September 16, and will begin streaming on Netflix on September 28. The film also has the historic distinction of being the first NC-17-rated movie to be released by a streaming service.

RELATED: Brad Pitt, One Of The Film’s Producers, Shares His Glowing Review Of Ana de Armas’ Performance As Marilyn Monroe In ‘Blonde’