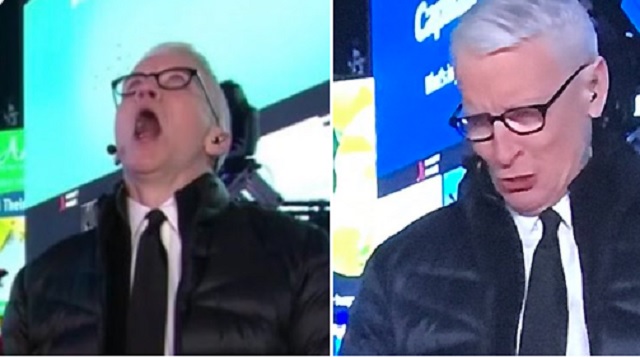 It wouldn’t be New Year’s Eve without CNN’s Anderson Cooper getting absolutely hammered on CNN.

For this year’s show, Cooper and co-host Andy Cohen took Casa Amigo tequila shots all night and their reactions progressively got worse after every shot.

After their third or fourth shot of the night, Cooper seemed like he was having an exorcism on air.

anderson cooper having an exorcism every time he takes a shot of tequila #CNNNYE pic.twitter.com/0GhHkJ5FXx

Anderson Cooper’s reaction to a tequila shot pretty much sums up 2020. #CNNNYE pic.twitter.com/vXXZr2x0KD

It didn’t take long for Anderson to be pretty drunk while on-air.

Petition for Anderson Cooper to drink every time he is on TV ☺️ pic.twitter.com/kJTvJJyKyS