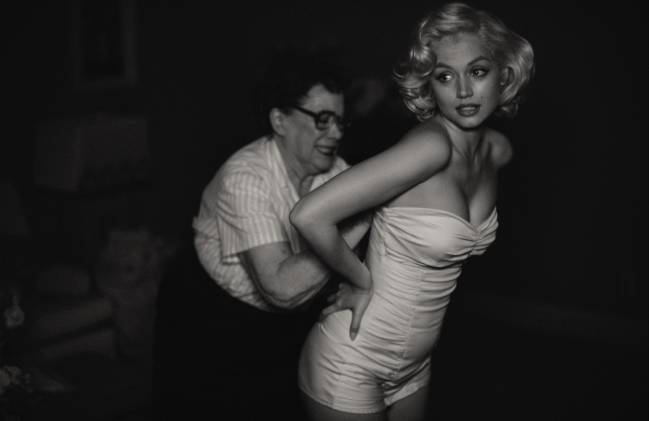 After years of production and subsequent delays, Andrew Dominik’s Blonde — an NC-17 Netflix film about Marilyn Monroe with Ana de Armas in the title role — is now within touching distance as Netflix released the first trailer for the film earlier this week, in addition to confirming its September 23 release date.

Given the subject matter — Marilyn Monroe is one of the most iconic women in the history of American culture –, the star (Ana de Armas is one of Hollywood’s fast-rising A-list actresses), and its already-infamous NC-17 rating, anticipation for the film is understandably high.

Director Andrew Dominik, who has previously helmed films such as Killing Them Softly and The Assassination of Jesse James by the Coward Robert Ford, is certainly doing his part to hype up the project, as he not only teased that it’ll “offend everyone,” but he also claimed it’ll be one of the “ten best movies ever made.”

“I think that Blonde will be one of the ten best movies ever made. That’s why I want to do it,” Dominik said in an interview with Collider a few years back.

“It’s a film about the human condition. It tells the story of how a childhood trauma shapes an adult who’s split between a public and a private self. It’s basically the story of every human being, but it’s using a certain sense of association that we have with something very familiar, just through media exposure,” he continued.

“It takes all of those things and turns the meanings of them inside out, according to how she feels, which is basically how we live. It’s how we all operate in the world. It just seems to me to be very resonant. I think the project has got a lot of really exciting possibilities, in terms of what can be done, cinematically.”

In addition to de Armas — who also has projects such as The Gray Man, Ghosted, and the John Wick spinoff Ballerina due out in the coming months and years — in the lead role, Blonde stars Adrien Brody, Bobby Cannavale, and Julianne Nicholson. Blonde will reportedly premiere at Venice Film Festival before hitting Netflix on September 23.