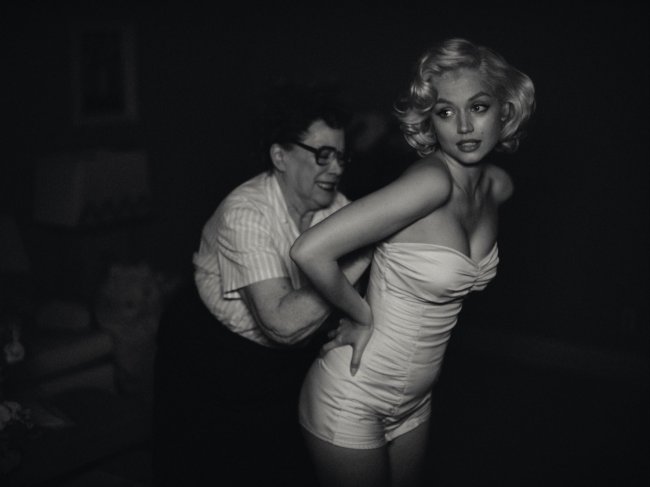 In addition to the teaser, Netflix announced that the highly-anticipated film would be hitting the streamer on Friday, September 23.

Last week, it was reported that Blonde would be premiering at Venice Film Festival prior to its debut on Netflix.

Speaking about the film earlier this year, director Andrew Dominik — who has also helmed The Assassination of Jesse James by the Coward Robert Ford and Killing Them Softly — said that the movie will likely “offend everyone.”

Blonde also stars Adrien Brody, Bobby Cannavale, and Julianne Nicholson alongside de Armas in the lead role. In addition to Blonde, de Armas will also be seen starring alongside Ryan Gosling and Chris Evans in The Gray Man. She also recently wrapped production on AppleTV+’s Ghosted and is set to begin filming the John Wick spinoff Ballerina in the coming months.