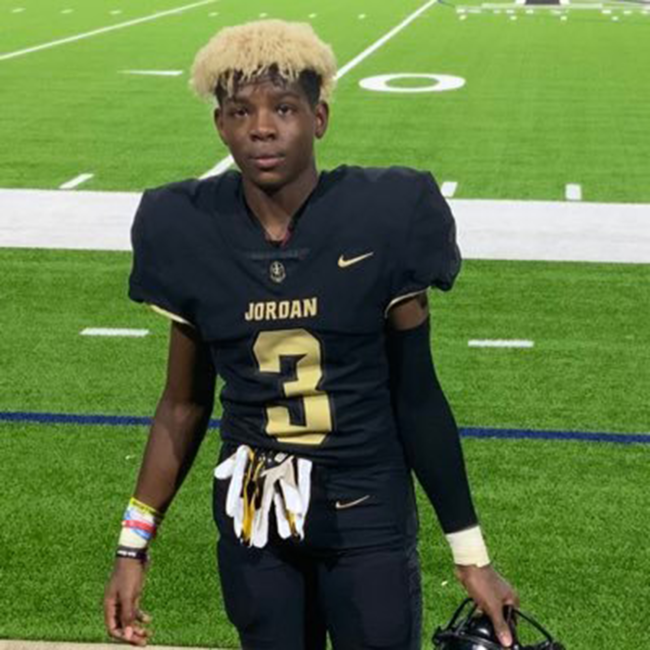 When Andrew T. Marsh goes to make his commitment on where to play college football, he is going to have his pick of the metaphorical litter. He is going to be able to play anywhere in the country.

Although Marsh, who is better known as “aTm,” is still two (or more) years away from making that decision and has yet to receive a “star ranking.” He is already turning heads with his incredible athleticism as a three-sport athlete in football, basketball and track & field. At 6-foot-0, 165 pounds, the rising sophomore has a long way to go in his growth, but that isn’t keeping him from making defensive backs look silly.

Marsh was a freshman in 2021 on the Katy Jordan High School varsity team in Fulshear, Texas and his highlight tape is full of nasty, ankle-breaking routes and wicked grabs In every instance, just when it looks like he might be tackled, he finds a way to escape.

And when aTm gets space in the open field, it’s over with. He’s gone.

Marsh has already proved that he can hang with some of the best high school talent in the state with pads and a helmet on. When he takes them off and lines up one-on-one in a camp setting, it’s not even fair.

While at an Oregon camp in late June, Marsh proved why he is one of the top recruits in his class. He lined up against a (significantly smaller) defensive back and shook the poor fella to his core.

Marsh juked left, cut right, buttonhooked for the catch, broke left, cut right and scored. The cornerback had no idea what to do and even hit the turf at one point.

Somehow, it didn’t get him an offer.

Went to work today! Afterwards a conversation with @CoachDanLanning I was asked to return at a later date: 2025. pic.twitter.com/2pZP8PoAGr

Despite the significant time before his commitment, Marsh already has 12 D-1 offers from the likes of Arizona, LSU, Baylor, Michigan State, Oklahoma and Mississippi State, among others. That list of offers is only set to grow. Nasty stuff.