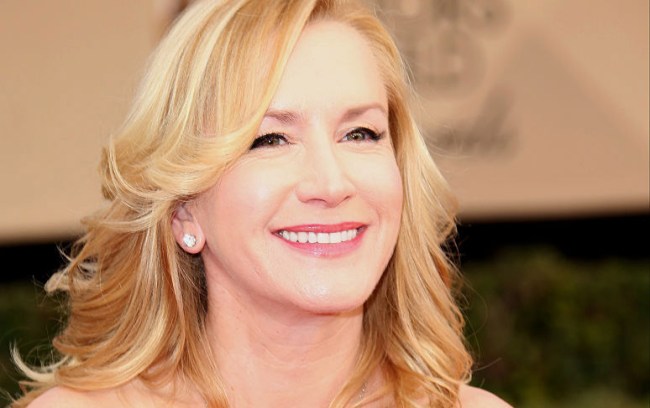 There are many ways to get someone you know to stop doing something. One of the most effective ways (and most fun ways) to do that, especially if that person is related to you, is to do it publicly. Even better if you are rather famous, have over 846,000 Instagram followers and perform the public humilation in front of all of them.

Such was the case this week with one Angela Kinsey, who played Angela Martin on the NBC television series The Office for eight years.

You see, when word got back to Angela that she was featured prominently in a Tinder photo for a young man named James, she decided to set the record straight about the picture with an Instagram story, writing, “Nephews… do not put me in your @tinder profile photos. K. Thx. Byeeeee.”

Ouch. Burned by the cat mom.

Seriously, did he not think she would find out? Especially when he wrote in his Tinder bio, “and yes, Angela from The Office is my aunt?”

Even worse, he also write in his bio, “You can still call me a fireman cause I turn the hoes on.” Hilarious.

Then just to rub more salt in her nephew’s wound, Angela replied to the tweet above with, “I mean… right?? 😬.”

Based on the Twitter reactions, it looks like Angela just added another A+ moment to her highlight reel.

Lol he was def tryin to use you to get dates! He is a cutie he should be able to get dates on his own! And then being related to you could be the fun fact/conversations piece he uses at the first date, i mean cmon nephew!

You really are THAT b*tch. I’ve decided to Stan