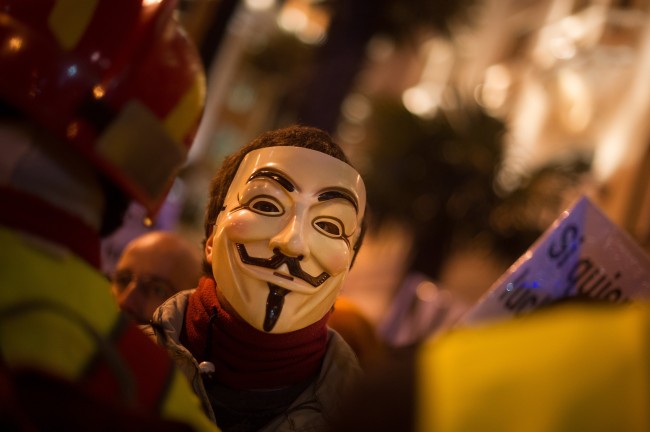 On Saturday night while many cities in the US protested police brutality, hacktivist group Anonymous resurfaced to support those criticizing the Minneapolis Police Department in the wake of the death of George Floyd at the hands of police officer Derek Chauvin.

We stand in solidarity with the protesters and revolutionaries fighting the US oligarchy, fighting the injustice of a massively corrupt racist system that has continued on for generations. #BlackLivesMatter

Anonymous then released a video threatening to expose the Minneapolis Police Department’s “many crimes to the world.”

Anonymous message for the American Spring.

During the protests on Saturday, not only did Anonymous reportedly take down the Minneapolis PD’s website but many noticed Chicago PD scanners were being hijacked by someone playing polka music and NWA’s “Fuck the Police”.

The @LatestAnonNews Twitter account, which claims to be run by “multiple Anons,” took credit for taking down the Minneapolis PD’s website and hacking the Chicago PD’s police scanner.

The day so far: #Anonymous have taken down and exposed

Released Trump and Epstein docs regarding their crimes. https://t.co/TZTspuRYt9#JusticeForGeorgeFloyd pic.twitter.com/M7O0fhlKm7