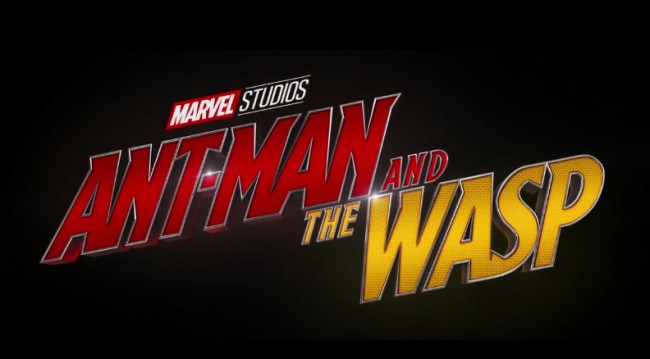 Marvel has been on fire lately with Thor: Ragnarok and their amazing trailers and clips from Black Panther and Avengers: Infinity War. Then there were the first pics of Brie Larson in her Captain Marvel outfit and now we have our first trailer for Ant-Man and The Wasp.

Just like pretty much every other Marvel movie, the trailer for Ant-Man and The Wasp doesn’t disappoint.

The trailer begins with Scott Lang, AKA Ant-Man, discussing what went down in Captain America: Civil War with Hope van Dyne, AKA The Wasp. And as was the case in the first Ant-Man movie, the humor is not in short supply. Paul Rudd is his usual glib self, Evangeline Lilly shows off her cool new suit (of which Scott is rather jealous because it has wings and blasters), and Michael Douglas breaks out a whole bunch of new gimmicks and gadgets we didn’t know he had available in the first movie.

Here’s a quick synopsis of the film (via Coming Soon)…

In the aftermath of Captain America: Civil War, Scott Lang (Rudd) grapples with the consequences of his choices as both a Super Hero and a father. As he struggles to rebalance his home life with his responsibilities as Ant-Man, he’s confronted by Hope van Dyne (Lilly) and Dr. Hank Pym (Douglas) with an urgent new mission. Scott must once again put on the suit and learn to fight alongside The Wasp as the team works together to uncover secrets from their past.

Check out the new trailer, poster and some pics from the film below…